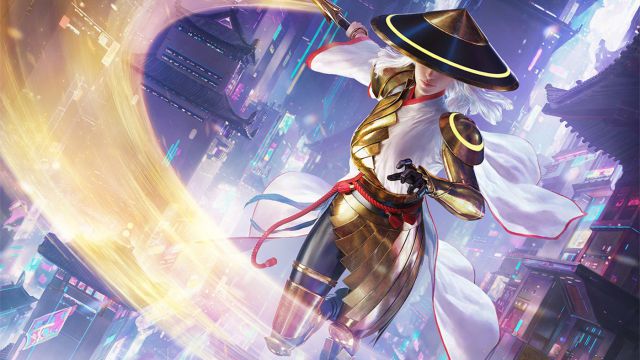 Tradition in a futuristic world

“In a city of towering skyscrapers and vibrant cherry blossom trees, cyber ninja Kaito Shizuki searches for the missing Emperor of Kamigawa. With the return of Planeswalkers Tamiyo and La Errante at his side, Kaito must travel through the Neon Undercity to investigate an unraveling mystery that threatens the spirit world of Kamigawa and the delicate balance between soul and machine.” we can read in its official description as a plot.

So much so, that the story of this new collection takes us 1,200 years after the original events of Kamigawa, merging classic mechanics with never-before-seen abilities. Such as Reconfigure, a new system that gives creatures the ability to equip themselves to other creatures and give them new bonuses. Double-sided cards return and are key to turning the tide of battle, with Sagas turning into enchantment creatures to give players additional unique abilities.

For its part, Channel also returns in Dynasty of Neon, allowing players to discard a card with the ability to gain a temporary effect. Lastly, Ninjutsu allows ninja creatures to bypass the opponent’s defenses: cards with Ninjutsu can be put into play while attacking, returning an unblocked creature to its owner’s hand.