Home Entertainment Kala: The Revival of Music As a Means to Tell The Perfect... 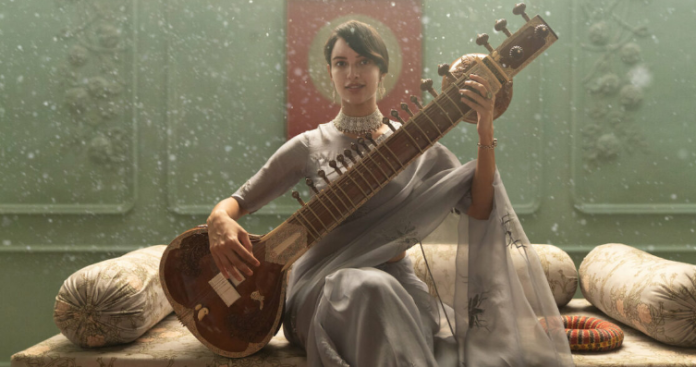 “Only music will stay forever,” says Samira Kochhar’s Chandan Lal Sanyal during one of the most important scenes in Kala’s life, which actually made her who she is in the film. Something that you will really pray for when you come out of this movie. Not only because of how beautiful it is, but also because of the story this film conveys and the means it chooses to do so, it will be quite difficult to listen to music without a facsimile of Kala hanging in front of your eyes.

Talking about Kala’s music before and after watching the film is something that has gone through a much greater evolution than humanity. From a set of melodies reminiscent of the 1940s, each song turns into a separate story full of pain, agony and subtle hints that music literally remains forever.

Masterful masking of music and reality

The serenity that listening to music gives is that it brings you closer to the place where you speak your heart. It opens the gates to reality, happy or sad. That’s why there is a sense of association when you listen to music. Listening to the cheerful melodies of “Ghodey pe Sawar” created a picture of a love quarrel between two innocent lovers. What so obsessively masks the realities of Kala’s life, full of quarrels inside and outside her, which are anything but crossing swords.

This is the case with the revival of Sant Kabir and the soothing song “Nirbhau Nirvair”. Something that exudes calm into your ears, but pierces your tender heart with millions of small arrows. To see a tender child yearning for maternal affection, pouring out literally on no one, is a blow right in the gut.

As a result, Kala begins to assimilate what she hates her mother for. Whether it’s sleeping with men from the industry to get material benefits, hunting for fame with such dedication that you lose your sense of morality, and preserving the so-called “heritage” above the very existence of their existence. We see how Mukherjee’s Swastika character goes through a lot just because she is a woman. But instead of learning from it and doing something, she reflects all this trauma on her child.

And this is the only significant difference between her and the character of Tripti Dimri. While the mother collapses, the daughter can actually stand up for herself. She confronts her mother, asks the right questions, and although she never gets an answer, she learns a valuable lesson: to have her own voice.

Kala and her melodies speak, silence and hit right in the face

Shauq was the only song that stayed with me after the first listening to the Qala EP. Maybe it was the mesmerizing voices of Swanand Kirkir, Shahid Mallya and Sirisha Bhagavatula, or it was the enticing text of Varun Grover, or the true genius of Amit Trivedi. Or maybe it’s just the fact that the song speaks to everyone who listens to it as realistically as possible. A fairy tale about two partners, where one sings words of praise and puts his heart, and the other accepts it all with tenderness.

However, a simple look at the visual effects breaks this mirage into millions of small pieces. Shawk talks about breaking down in front of your people in love, and yet we see Kala’s own mother breaking her with one strong blow, never bothering to pick her up again. He leaves you speechless, both because of his beauty and because of the pain he carries.

While other songs beautifully try to hide the realities of Kala, there is one that actually speaks with complete frankness. This is Phero na Najariiya, a song that is literally the cry of the main character. She is tired of being ignored and scolded for standing up for herself, and therefore begs others not to look away from her. The beautiful vocals of the song are seductive enough to fool the listener, and the words are as real as they seem.

“Kala” will really be among the best films of the year, and one of the main reasons for this will be music. Maybe the film will be cherished in our memory for a while, and then it will lie on the back shelf for the longest time, but, as he himself said, the music will remain forever.

Be sure to watch Kala’s mysterious story on Netflix.

Genshin Impact fan offers a reasonable change in the quality of...