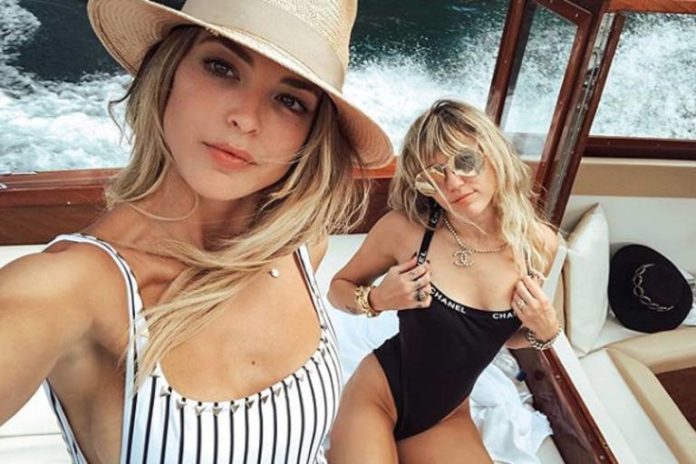 The Internet boiled when, before officially announcing the end of her marriage to Liam Hemsworth, Miley Cyrus traveled to Italy and was caught kissing with a friend. It didn’t take long to find out that it was Kaitlynn Carter, digital influencer and ex-wife of Brody Jenner (brother of Kylie and Kendall Jenner).

The relationship did not last long, Miley moved on with Cody Simpson, but now Kaitlynn has decided to open up about everything she lived and felt for the singer. In a text published by Elle magazine, she revealed that it was the first time she had fallen in love with a woman.

“Last July I went to travel with a friend; when I realized I was in love with her, ”wrote Kaitlynn early in the text. She reflects on her love experiences and how it does not fit the standards created by society. “Why do we seek to define each variation of sexuality? We have become a label society, even though we are the most open-minded of all. ”

The idea of ​​the trip with Miley came up just so they could forget about their failed marriages, but Kaitlynn didn’t think she would fall in love with her friend. She describes her attraction to the singer as a “force of nature”: “I didn’t need to think much or analyze anything. It just happened and it felt right, ”he recalls.

At the end of the text, Kaitlynn states that the relationship meant a lot more to her than just a brief move – they walked away in September – because it made her reflect on who she is as a person and what her true wishes are.