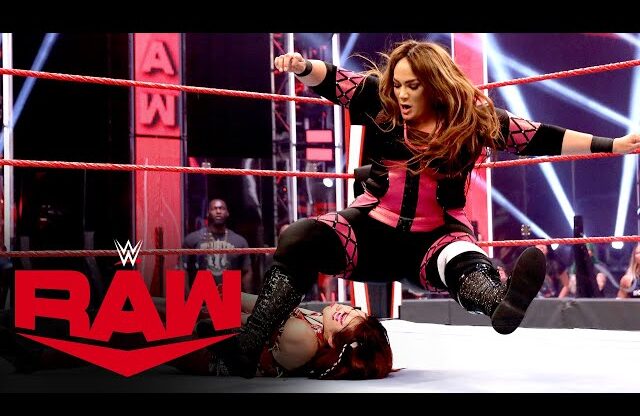 During the broadcast of the last episode of Monday Night Raw, Kairi Sane suffered a cut to the head during her fight against Nia Jax. This situation was discussed last week because the show was recorded at the Performance and the news about an alleged injury of the Japanese fighter was leaked.

Due to that information, Nia Jax’s safety in the ring was questioned again and last night we were able to leave doubts about what really happened. Sane’s cut to the head occurred in a ringside haul, when Nia Jax threw her opponent against the metal stairs. This part was edited by WWE and ended with Sane’s victory.

“The fight stopped and doctors came out to care for Kairi Sane, sealing the wound and bandaging her,” said Sean Ross Sapp, a Fightful journalist last week. “We were told that Kairi indicated that he was fine and insisted on ending the fight.” That sequence in question can be seen at 1:35 of the video located at the top of this news.

After the show ended, Kairi Sane published the images of her court on social networks and indicated that she was in good condition. You can see the images below.

You are strong. I have lost to you many times. I am small and you may think I’m weak.
However, you can never beat my heart. I will get back up again. #WWERaw pic.twitter.com/leXMwuiifO

There are doubts about who was at fault in this incident. Last week, several media indicated that internally there was talk that Kairi Sane was clumsy and did not correctly calculate her fall. Several weeks ago, the two were the protagonists of another controversy that arose after Jax threw Sane over the corner with the Buckle Bomb when she was supposedly not ready to receive him yet.

See Also  Rusev: "The League Of Nations had the potential to be the best team in history"

Altcoin That Whales Flocked Has Been Determined

Fans Show Their Support For Chen and EXO With This Detail

According to the Experiment, Coronavirus Can Withstand 60 Degrees

Zinedine Zidane: his wife Veronique has sacrificed a lot for him!

Another postponement to Filecoin, which has been expected for almost 3...

Friends: Jennifer Aniston refuses a real return to the series!

Why do some games only work on 64-bit phones?