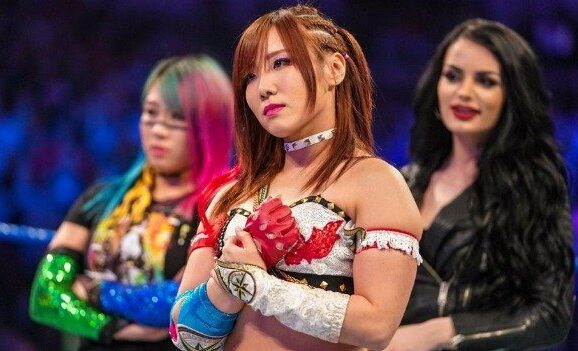 Last night on WWE RAW we got to see a fight between Nia Jax and Kairi Sane. At one point in the fight, Nia Jax threw the Japanese woman against the metal stairs causing her a quite serious head injury. After that, fans criticized Jax for his brutality in the ring. However, until now we did not know any reaction from Kairi Sane about what happened last night.

The Japanese shows her wound on social networks

After what happened, Kairi Sane posted a tweet showing the head injury after the strong impact against the metal stairs. In the tweet, apart from the photos of his wound, he also sends a message to Nia Jax. This was what he said:

you are strong. I have lost many times against you. I am small and you can think that I am weak. However, you cannot beat my heart. I’ll be back soon

You are strong. I have lost to you many times. I am small and you may think I’m weak.
However, you can never beat my heart. I will get back up again. #WWERaw pic.twitter.com/leXMwuiifO

Kairi Sane was reported to have suffered a concussion after that hit. However, the Japanese makes it clear in her post that she will be back very soon. However, Kairi Sane was also reported to be close to leaving the company and returning to Japan. But that is also not very clear so far. We wish him a speedy recovery and we hope that it is not an injury that prevents him from continuing his career showing his great talent.

Recall that Kairi Sane has managed to win the NXT women’s championship by defeating Shayna Baszler. She has also managed to become a women’s tag team champion alongside Asuka. The only achievements that so far the Japanese has obtained in WWE.