Home Entertainment Kaguya-sama: Love Is War – Manga Author Holds Audition for his Next... 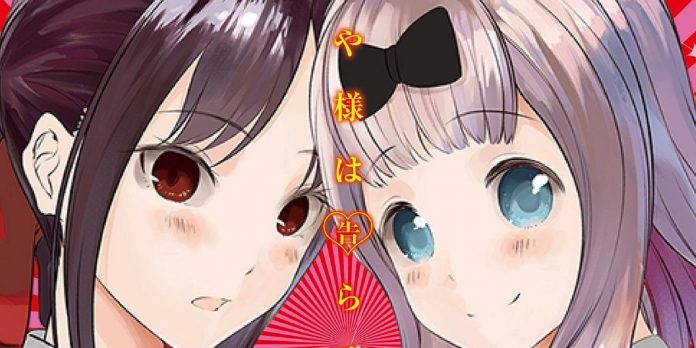 Aka Akasaka, author of the highly acclaimed book Kaguya-sama: Love Is War, will audition to hire a new mangaka for his next series. It was shortly after the announcement that the manga was ending soon. The news and the end date of the audition were published in the 36th and 37th issues of Young Jump magazine.

Auditions continue and will end on August 31. The winner of the audition will be announced about a month after the expected end of the manga, on November 2. The winner will then become the illustrator of the next Akasaki manga series.

RELATED: Kaguya-sama: Manga “Love is War” will end in October

“Kaguya-sama: Love is War” is a romantic comedy that demonstrates an overly dramatic cat—and—mouse game between the two main characters, Miyuki Shirogane and Kaguya Shinomiya, who persistently force the other main character to confess his love for each other first. Miyuki Shirogane and Kaguya Shinomiya are the highest representatives of the student community, and often other representatives find themselves involved in their machinations. Funimation licensed the English dubbing, and in April last year, more than 15 million copies of the manga were sold. The manga began in 2015 in Shueisha’s Miracle Jump, but was moved to Young Jump in 2016.

This audition could change the life of one manga fan. Working with the author of one of the most popular love manga in recent years is an opportunity that few could even try, let alone win. There is no indication of the country of origin, only artists who want to audition send previous examples, and amateurs share their best works. Here is a tweet from the official Twitter of the Young Jump Comic Award:

This isn’t the first time Aka Asaka has been talking to his fans. He previously participated in both Apex Legends broadcasts and hosted a live drawing broadcast with Tamaka; a blue-haired v-tuber who reportedly draws manga in real life.

Kaguya-sama: Love Is War is broadcast on Crunchyroll, Funimation and Hulu.

Netflix cancels Jupiter’s Legacy After Its First Season and Announces Its...