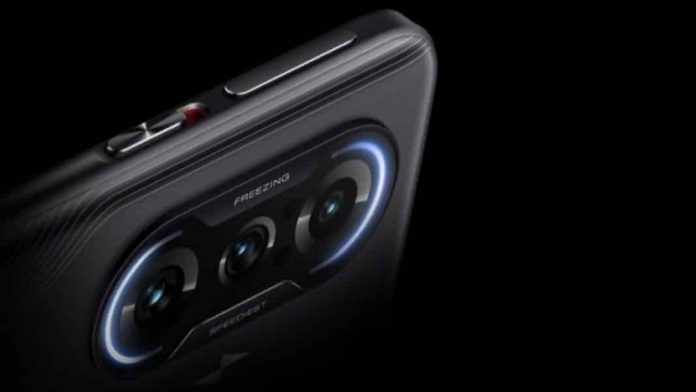 K40 is Redmi’s first player phone. New promotional images have been released from the new player phone K40 Game Enhanced Edition that Redmi is preparing to introduce in the coming days. Along with the design details of the phone, the colorful and crescent-shaped flash drew attention in the images.

Redmi is preparing to introduce the first player phone, K40 Game Enhanced Edition, with a launch to be held on April 27. The player phone, which has been very intriguing with its shared features and emerging details, seems to make a name for itself with its design details as well as its technical features.

Redmi, who wants to increase the excitement days before the launch of the phone, shared new promotional images and a video on China’s popular social media platform Weibo. The images contain details of features such as fast charging that the phone will have, flash that aims to provide an enjoyable experience with its colorful lights.

One of the important features expected from a gamer’s phone is that it offers a long life with a powerful battery. The K40 Game Enhanced Edition aims to achieve this with its 5065 mAh battery. The phone is also preparing to come out with 67W fast charging support. The phone, which is expected to come with a 6.67 inch screen, is powered by the MediaTek Dimensity 1200 processor.

When we look at the design details, we see that the phone has keys on the edge that physically open and close. The phone, which has a glass body on the front and back, also uses fifth generation Gorilla Glass. The sides of the phone have a metal frame.

Another striking feature of the Redmi K40 Game Enhanced is the phone’s flash. This flash, which comes as an innovation that has never been encountered before, changes color and draws attention with its crescent-shaped design. We can say that the flash, which has many color options such as purple, red, blue, green and yellow, will create a pleasant atmosphere in terms of gaming experience. Also, looking at the information Redmi gives on Weibo, we will be able to custom tailor these colored lights to identify different notifications.

The Division 2: how to get the Leon S. Kennedy skin...