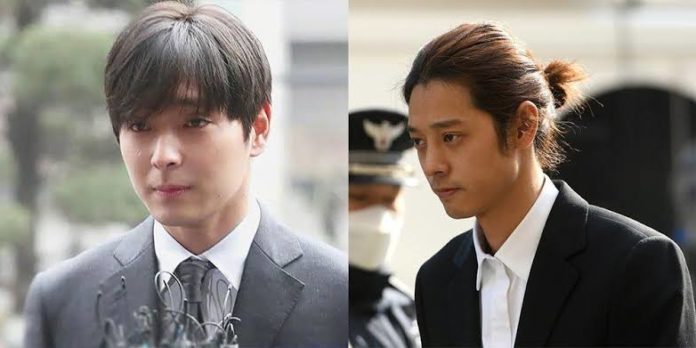 Two more K-pop artists have been convicted of sexual abuse. On Friday, a court in South Korea sentenced Jung Joon-young to six years in prison and Choi Jong-hoon (from F.T. Island, A3 / F.T. Triple) to five years.

According to the authorities, the two were convicted of participating in an illegal act, in which multiple people collaborated to have unconsensual sex with someone who was unconscious or unable to defend themselves. Jung was also convicted of recording videos during the act and sharing in an online group.

The investigation began earlier this year and shocked the country. Recently, different cases of sexual abuse and suicides have revealed the dirty side of the Korean industry. Women and trainees have accused them of being forced to have sex with powerful men.

On Sunday, singer and actress Goo Hara was found dead at her home in Seoul. Before she died, she suffered virtual bullying after entering into a public dispute with her ex boyfriend, who threatened to release a video in which he had sex with her. Last month, another star was found dead at home: Sulli had already talked about her online criticism of her lifestyle.