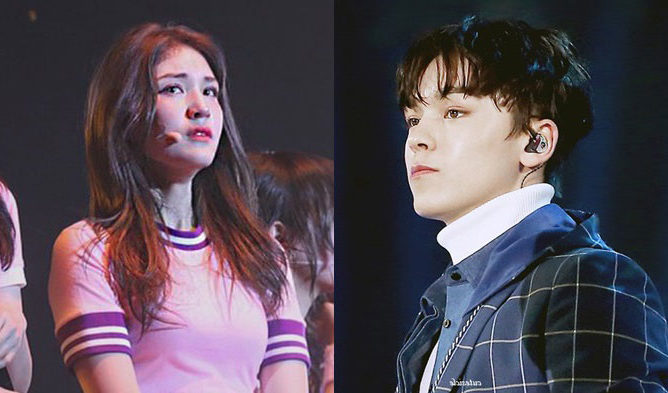 K-Pop Idols who suffered abuse on TV. Show hosts sometimes cause artists to have unpleasant moments

Korean TV shows are full of jokes and laughter, however many of them tend to surprise idols who come as guests, so sometimes what seems like an innocent joke becomes a big problem.

Although there is a script for each show, shows, where there are often comedians as part of the team of conductors, can improvise and take things in different directions.

Although there are idols who have received good treatment and have built good relationships with these drivers, there are also many others who have been victims of mistreatment and humiliation within these shows . Keep reading to find out about some of these cases.

Seolhyun
This member of AOA was as a guest during a KBS show, during the filming she had a slight accident and dropped an egg, awakening faces of annoyance in her colleagues on the program, however it was a presenter who crossed the line and gave her A blow to the head. The idol’s uncomfortable face showed that it was not something planned, but even so the production said that this action had not been with bad intention.

Jungkook
This incident was so cruel that even fans of other groups have been able to learn the story of how Jungkook was humiliated during his participation in the Flower Crew program. The idol was invited to this show and went to the filming with encouragement, he even bought hamburgers to take to his companions on the show, however he was rejected and also received unpleasant comments. Although JK was receiving more votes, the idol signaled that they no longer vote for him, he subsequently left the program.

TWICE
Twice has repeatedly appeared on shows alongside Doni and Coni, however, in an Idol Room edition, one of the drivers repeatedly pushed Jeongyeon, who was increasingly able to hide his annoyance less, even switched places with Dahyung, but the latter was also violently pushed.

Suga
During BTS’s first participation in Weekly Idol, most of the segment where Suga appeared was removed, many said it was because BTS was not yet such a famous group, as this has happened with other groups, however, Suga also He prepared a rap for the show as thanks for having invited him, however the drivers did not give importance or value to the work that the idol had put into it.

f (x)
The girls from f (x) went to Hello Conselor, in this show there was a case of a boy who kept calling his sister fat even though he was underweight. When asked what he thought of the f (x) girls, he said that although they were beautiful, there were areas that could improve if they lost weight.

Kylie Jenner and Travis Scott separated: he would go out with...