Home Celebrity K-pop groups that changed their number of members 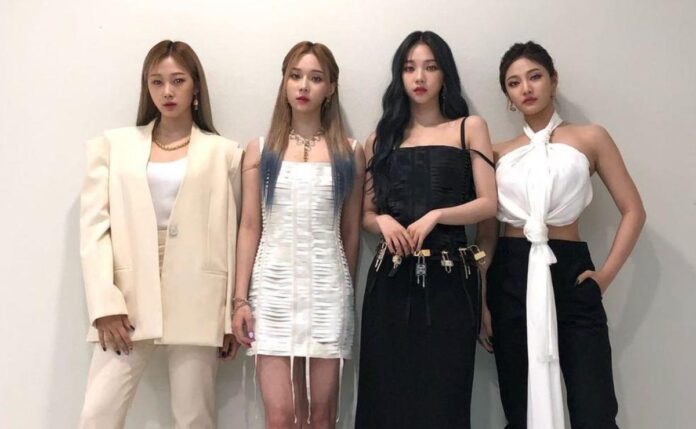 These K-pop groups changed their original lineups before debuting, and several trainees left the project to change their career destiny.

In the Korean industry, the training phase and auditions for artist agencies is a very difficult process, as applicants must undergo talent tests that do not even guarantee a place in some group, there are idols who had to train for several years before they could fulfill their dream or that they never achieved it because their projects were canceled.

In K-pop history, various trainees have taken different paths before their groups debuted, although they managed to find another opportunity in agencies and with different peers. The image and number of members could have been different if the original idols had never defected.

Either because they were not taken into account, they were eliminated in the survival shows or they had differences with the agencies, these idols debuted with another K-pop project. Some fans wonder what they would have looked like had they stayed in the original lineup, even though it may have been the work of fate as they fit better elsewhere.

The path of a trainee is difficult, because not only must they be accepted by an agency, but they must hone their skills to preserve their place in the groups, many times, even if they train alongside their supposed companions, they do not finish their debut and must wait for another chance.

The guys from NCT are also constantly changing their lineups and number of members, the group plans to debut new trainees and sub-units in 2021.

There has always been a theory that it would actually be 5 girls, there are even videos that sparked rumors from fans about the space left by the members in some of their choreography.

G (I) -DLE’s Miyeon trained alongside them, but decided to leave the project and hiatus for a while before signing with Cube, it is said that one of the reasons was because she had a boyfriend is YG’s rule.

The K-pop group sparked rumors that there would be 17 guys who would debut with Pledis, due to the name they chose; however, it was originally going to be 14 boys.

Samuel, a young vocalist, decided to leave the project before the debut, as his parents considered him too young to be part of a group.

SM’s group debuted with 12 members, currently has only 9, but promoting with 8, since Lay is unable to perform activities outside of China. In addition to having some sub-units, the boys were originally going to fulfill their dream as idols with 13 members, but ended up dropping out.

Pentagon’s Jinho was part of SM Ballads, but his future was uncertain within the company, Johnny was considered as his replacement, but ended up in NCT.

The girl group would make their debut with 7 members, currently there are only 6 girls.

During their time as trainees, two rookies defected from the project, Jenny, a former DIA member who resigned before debut, and Yoojin, who debuted with another group called HEART. The idols are now under BigHit’s agency, after the company bought their SourceMusic label.

YG’s quintessential hip hop group had planned to debut with 8 members, but because their lineup was decided through their survival “WIN: Who ‘is next?”, Where WINNER was the winner.

Pentagon’s Hongseok was a trainee of the group, but was eliminated before debut, Jinhyun, a stranger from the agency, also lost his chance after dating a girl.

His original debut would be with 6 members, but the trainee Hyungseung was not part of the original lineup because the company considered that he had not developed his facial expressions, so he fulfilled his dream with the group K- pop BEAST.

The girl group would debut with 5 members, currently, each of them has a solo career. The original line-up changed after Bohyung, a YG extrainee, left the project, as she considered that her style was not the same as her classmates, her debut was fulfilled with the group SPICA.

SM’s girl group debuted with 4 girls, Giselle, Winter, NingNing, and Karina. But their original alienation included more members, it is said that they will modify the number of members when they make their first official comeback and it could be 7 girls, but they are just rumors.