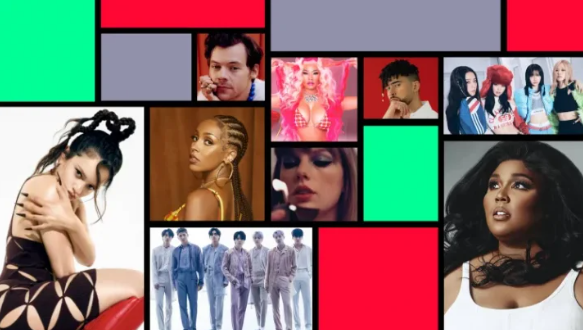 Several K-pop bands have been nominated for the MTV Europe Music Awards 2022, including BLACKPINK, BTS and SEVENTEEN.

After Frankfurt, Amsterdam, Milan, London or even Budapest, the music awards ceremony of MTV Europe Music Awards 2022 will be held in Dusseldorf on November 13, 2022.

BLACKPINK’s second album, Pink Venom, was nominated in the Best Video category, marking the first time a K-pop group has been nominated in this category.

The four-member group was also nominated for “Best K-pop”, “Biggest Fans” and “Best Performance in the Metaverse”.

BTS were also nominated in the categories of Best K-pop, Biggest Fans and Best Metaverse Performance. The boys’ group received four awards at last year’s MTV Europe Music Awards ceremony. He has won the biggest fan Award four years in a row since 2018.

The show will be broadcast live on MTV in more than 170 countries. Until November 9, the public is invited to vote for their favorite artists, songs and clips on the site mtvema.com .

Harry Styles will be the star of the show with 7 nominations, including “Best Artist”, “Best Pop Artist”, “Best Concert”, “Best Song” and “Best Music Video” for his megahit “How it Was!”.

Taylor Swift follows Harry Styles in second place with 6 nominations, including “Best Artist”, “Best Pop Artist” and “Best Long Music Video” for a short film for his song All Too Well. Nicki Minaj and Rosalia are followed by 5 nominations each, and Kendrick Lamar is running four times.

Tales of the Walking Dead: Confirmed the return of this TWD...