Home Celebrity K-Pop, Events That Were Canceled by the Coronavirus 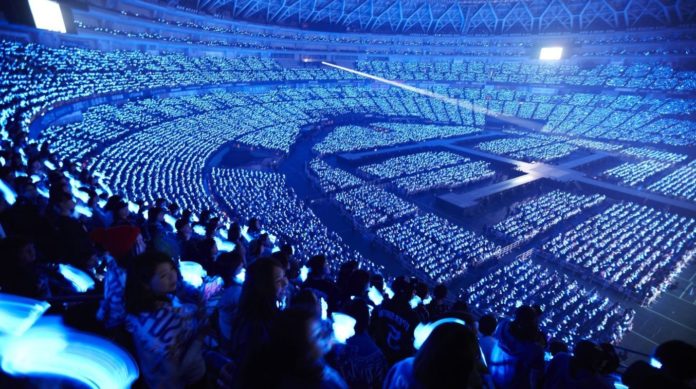 K-Pop, Events That Were Canceled by the Coronavirus . The organizers of public events have taken the necessary measures to prevent further contagion.

The threat of a virus that has not yet been controlled has the world waiting for news, so, in order to avoid more cases of contagion , different musical events have been canceled or have modified the dynamics with which They are gonna do it.

The Music Bank program , for example, announced that its live broadcast on January 31 will take place without an audience and that, in addition, the taking of photos taken before entering the studio will be done privately .

On the other hand, the music program of the SBS chain ‘Inkigayo’ , informed that it will not allow anyone who is not wearing a protective mask or mouth mask to enter the studio . Some concerts were also postponed , such was the case of NCT Dream and Taeyeon who would offer shows in Singapore.

After making his comeback , Super Junior planned to film “Super Junior: The Stage” with the presence of fans , but considering the precautionary measures now they will do so only with the staff members present.

Likewise, Onew of SHINee, N of VIXX and Xiumin of EXO , who had programmed musical events as part of their military service , had to cancel them to prevent the virus from spreading , although for now they only canceled the functions for Ilsan and Goyang.

Outside the musical field, actress Jun So Min postponed the fanmeeting she had planned for the first day of February, so she turned to her Instagram account to offer an apology.

All reports where the event is postponed have been until further notice, given that the form and date on which health conditions may be met without risk of contagion is unknown .

A better life: Why did Fabienne Carat leave?