Home Celebrity K-POP, THE MOST DISTURBING MEETINGS BETWEEN IDOLS AND SASAENGS 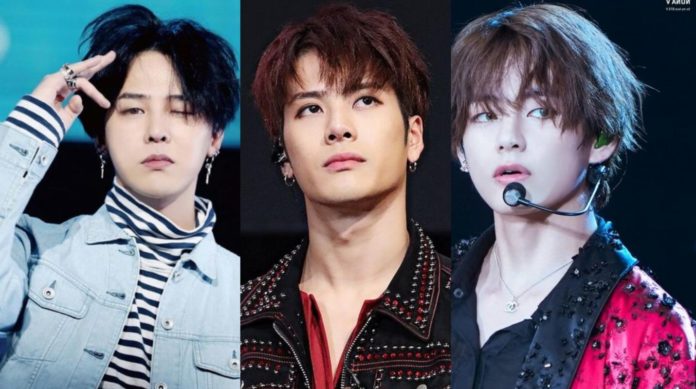 Love and fanaticism can be a double-edged sword, and unfortunately, some idols have witnessed in their own flesh that this is real. Throughout history, we have seen many artists in the K-Pop industry denounce the harassment of sasaengs.

The most recent case of harassment was Youngjae of GOT7, who used his Instagram account to ask fans to stop calling him since that stressed him too much. However, sadly, he is not the only idol who has suffered harassment from fans.

From invasion to private property, disturbing letters and even kidnapping attempts, we will tell you some of the most disturbing stories that idols have lived thanks to sasaengs with the intention of raising awareness about the limits that we should not exceed by demonstrating the love that We have our favorite artist.

Several idols have had unfortunate visits by fans who found out where they lived or in which hotel they were staying. Such has been the case with BTS, months ago it was reported that a group of girls were introduced to their room while doing a live broadcast on VLive. Jonghyun of CNBLUE also discovered that there was an infiltrate in her room after hearing unknown laughter from her closet.

The sasaengs, in their eagerness to be close to the idols, have persecuted them and caused car accidents that fortunately have not happened to adults, but left some injuries (and traumas) in the boys. This has happened to artists like Jackson Wang, Heechul, Leeteuk and Seungri.

On one occasion, Jackson himself faced a sasaeng that he recognized at the airport and claimed him for having leaked his personal information.

If you think this is too much, be prepared for what follows, as some idols have been about to be kidnapped by their fans. KHÉ ?! On one occasion, a group of girls got a truck similar to the one used by EXO to transport themselves and left it open, ready for idols to get on it. However, his manager realized on time.

In the middle of the concert, Girls’ Generation’s Taeyeon was about to be taken off the stage by a man who managed to climb and carry her on his shoulders. Can you imagine what could happen if no one had stopped this situation?

Some of the most chilling cases were Taeyang and G-Dragon from Big Bang and Taecyeon from 2PM, who received letters that the sasaengs wrote in their own blood, which contained disturbing messages about how much they loved them and how now a part of They would be with them forever.

These situations are really worrisome since it seems to be something that, far from stopping, is increasingly increasing. No idol would have to be exposed to these events and this is the reason why many of the fans of South Korean bands ask their companies to do something about it. What do you think? Leave your comment.

two sasaengs sent Taeyang and G-Dragon love letters covered in some of their own blood.The first fan allegedly cut her neck and palm for Taeyang's letter and the second cut her neck and wrist for G-Dragon's. Within the same month,MBLAQ's Lee Joon also received a bloody fan letter pic.twitter.com/whFYjaL9fU

Prince William confessed everything he suffered after the death of his...

Filming of Macbeth, starring Denzel Washington, stopped due to coronavirus