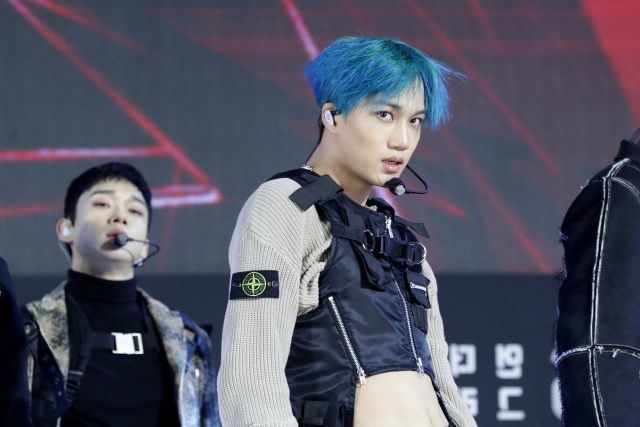 They say our patience has a limit, doesn’t it? It also happens with the big music stars. And if not they tell Kai of EXO, the successful K-Pop group, who has been forced to hit the table before millions of followers … and live!

It all happened on December 8, when the artist decided to surprise his fans with a digital meeting to update them. The conversation seemed to flow calmly, he even encouraged himself to present his new look and ask for an opinion on this new image. “To be honest, I’m very sleepy,” Kai confessed before showing his mane.

But, according to Soompi, the artist’s expression took a 180º turn when he realized what was inside his hotel. A group of obsessed fans, who, in terms of K-Pop, are associated with the concept of sasaengs, waited at the door of their room until the singer decided to leave. “I’ll call the police. Get out right away,” the EXO member said bluntly.

But the truth is that it is not the first time that Kai feels threatened by his fans. According to LaRepublica, in May of this year, the rapper left the gym and decided to meet his fans through a live broadcast. However, he suffered an unforeseen event featuring two sasaengs who decided to chase him around his car.

And not only that, but on a third occasion, his room was flooded with hidden cameras through which these obsessive fans watched over their favorite artist, as well as their bandmates.

This has reached the ears of his army of fans, who have not hesitated to denounce the performance of this uncontrollable group of followers whose sole objective is to pursue the privacy of idols. Your safety is a priority.