Home Celebrity K-Pop: 5 idols women go against the culture of machismo in South... 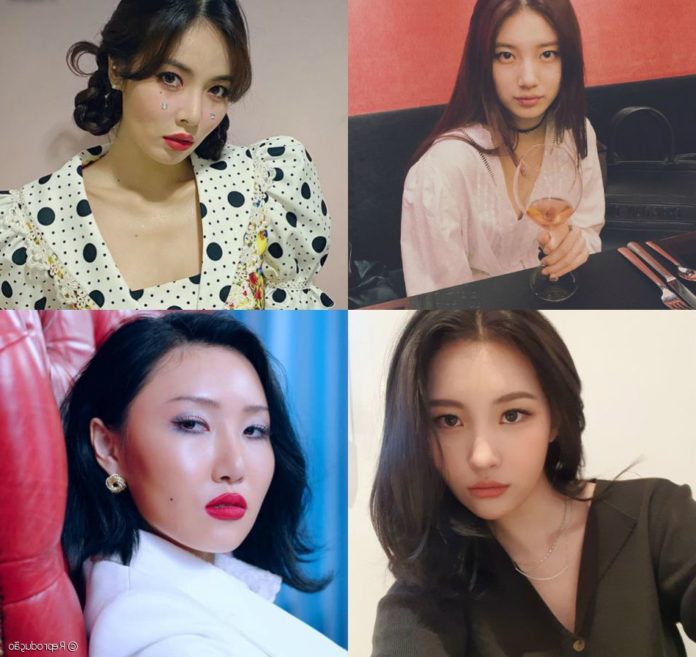 Who knows the world of K-Pop well, knows that terms like feminism, empowerment and girl power are not well received. This is basically due to the culture of South Korea, which is still very sexist and prejudiced. But some idols have decided to use their voices to show that machismo is outdated and we need to praise women yes! Come see who they are!

Since K-Pop came into being, the genre has been catching on with more and more people, and all groups have made their fans more and more in love. There are many good points about South Korea’s music industry, such as the popularization of South Korea’s culture, the expansion of fame from something outside the United States, the world getting to know extremely talented artists and more.

But there is also the tense side, where idols are exploited inhumanly, suffer prejudice for their skin tone, weight and … for being women. That’s right, machismo is still very strong in Korean culture, but more and more artists are showing that this is not quite how it works and business is slowly changing.

We cannot deny that HyunA is as talented as it is controversial. After spending a lot of time with Cube Entertainment, the artist took over her relationship with Dawn from the Pentagon group, and the two were eventually fired from the company. If you think her career has ended there, be aware that idol and her boyfriend were hired by PSY’s P Nation company, and she continued her career, even though she received a lot of hate from many people.

HyunA has a style well out of South Korea standards and its sexy and authentic vibe really bothers some people. But she’s still wonderful, and the proof of that is her latest hit, “FLOWER SHOWER” – released at the same time as the boy’s “MONEY” – which showed the even more talented Korean without fear of being herself. A real inspiration for other idols.

MAMAMOO’s Hwasa is one of the biggest names in today’s K-Pop industry and every K-Popper knows how much criticism, hate and racism the singer has suffered. In addition to being considered out of South Korea’s beauty standards, she has been criticized for her looks. During the presentation of the hit “Egoistic” at MAMA 2018, idol wore a beautiful red vinyl outfit, but it became the subject of discussion the next day.

And who said she called? “I don’t think it’s important what I’m wearing. Instead, I think about what I can use to further improve my performance on stage or how I can do it well,” he said in an interview. Months later, she released the anthem “TWIT” in which she talks about a boy who loves her too much and that makes him look silly. It turns on one piece: “Don’t just breathe for me / Because it makes you look lonely.” The marvelous last seal was in “HIP”, where she appears as president with the mocking caption: “President Hwasa dressed in ridiculous fashion at the airport.” Iconic.

If feminism is taboo in Korean culture, can you imagine an idol that talks about it and mental health at the same time? Because that’s what Sunmi did on the “Noir” music video, where she explicitly criticizes the overuse of social networks and the desperation for likes. The video is simply amazing and just her addressing such subjects in one of her songs makes her a very powerful idol.

After Red Velvet’s Irene told during an interview that she was reading a book called “Kim Ji Young, Born 1982”, she saw how much her “fans” were capable of distilling. The work is a feminism guide for many women in the country, but male fans have not liked the mention of the subject and posted photos cutting and even burning cards of the singer, to make it clear that they do not approve of the attitude.

On the other hand, other fans have started a campaign to defend the singer, saying she has the right to read whatever she wants and the story has taken such a large proportion that book sales have risen further and remained on the bestseller list for weeks. after the interview.

Suzy is another idol who suffered hatred for “Kim Ji Young Born in 1982”, only this time it was the movie. Koreans did not like to see it indicate the production, with a feminist focus, and decided to attack it with several conservative comments. But soon after, her fans were rushing to defend her.