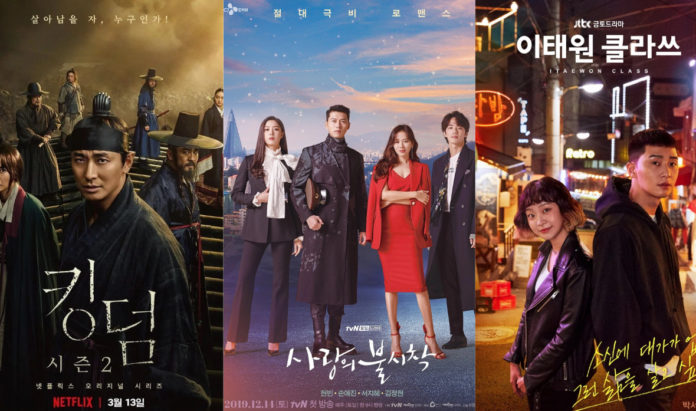 K-dramas consolidate their popularity on Netflix in various countries. The Netflix platform has revealed the Top 10 ranking of the day, which shows the popularity that K-dramas are obtaining internationally.

Netflix has begun to reveal this ranking that is updated once a day in large countries so that users of the platform see what the latest trends are.

The launch of the Top 10 of the day in several Asian countries, among which is South Korea, has only confirmed the growing popularity of K-dramas.

An example of this is that the second season of Kingdom , which premiered on March 13, ranked first in the ranking in various areas of Asia such as the Philippines, Thailand, Singapore and Hong Kong on March 17.

However, the second season of Kingdom is not the only drama that is sweeping among Asian Netflix users. Other popular K-dramas are Crash Landing on You , starring Hyun Bin and Son Ye Jin, Itaewon Class , starring Park Seo Joon and Kim Da Mi, and Hi Bye, Mama! , starring Kim Tae Hee.

Additionally, the popularity of K-dramas is expected to further increase next April, as the highly anticipated premiere of The King: Eternal Monarch , starring acclaimed actor Lee Min Ho , will take place simultaneously on the SBS network and Netflix.

According to Eun Goo Seol, who is dedicated to criticism of pop culture, the profile of the fan of K-dramas has changed after the success of the film Parasites at the Oscars, which has sparked the interest of viewers for writers and Asian actors.

Ivana Trump, the ex-wife of former US President Donald Trump, has...