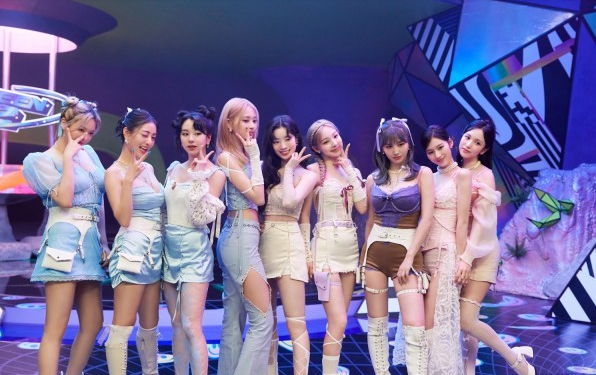 JYP Entertainment has revealed the combined sales of TWICE albums in Korea and Japan since their debut. Keep reading to find out how many copies of this nine-member girl group have already been sold.

On August 26, TWICE made a long-awaited comeback with their 11th mini-album “BETWEEN 1&2”, which contains the title song “Talk that Talk”.

With their new album, this nine achieved success on the Billboard charts. For example, “BETWEEN 1&2” became the first album by a female K-pop group released in 2022, which was on the Billboard 200 chart for five weeks (for the week ending October 8, it took 99th place).

In addition, TWICE has recorded an impressive sales figure for all their albums since their debut.

On October 10, JYP Entertainment reported to various media outlets, including Money, that the combined sales of TWICE albums in Korea and Japan reached 14,687,757 copies. To date, they have released a total of 38 albums.

TWICE is only the fifth K-pop artist to sell a million on Circle, after BLACKPINK, aespa, IVE and ITZY.

Having become a million copies, TWICE are on the verge of breaking their personal record for total album sales in Korea and Japan, soon reaching 15 million copies.

Congratulations to the members of the Talk that Talk group!

Celebrate by watching the music video of TWICE’s “Talk that Talk” below:

Recent and upcoming TWICE events
Besides returning to Korea with “BETWEEN 1&2”, TWICE also worked in Japan.

On October 1 and 2, the nine held the “TWICE Japan Fan Meeting 2022 — ONCE Day” at the Yoyogi National Gymnasium, Tokyo, Japan. They also held a fan meeting at Osaka Castle Hall from October 8-10.

On the 14th, TWICE will release the 4th episode of their reality show “TIME TO TWICE” TDOONG Cooking Battle.

As for their upcoming activities, TWICE will hold a meeting with fans of the “ONCE HALLOWEEN 3” in Seoul next month to celebrate their seventh year in the K-pop industry. It will be held at KBS Arena twice on the same day.

It is expected that all nine participants of TWICE will take part in the event.

The relationship of Krischel Staus and G-Flip is likely to play...