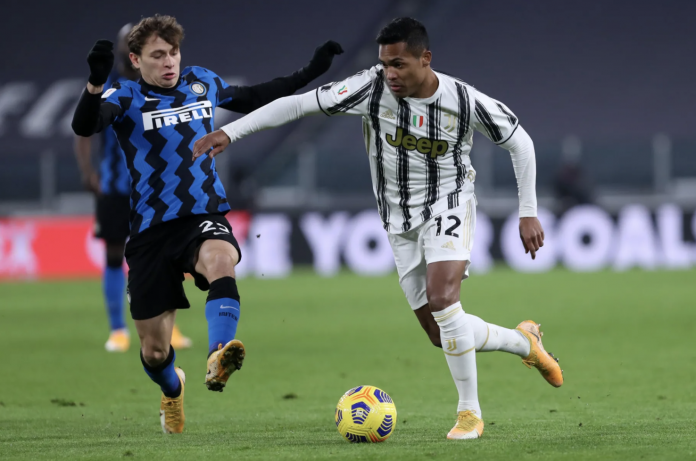 In the never-relenting early portion of Juventus’ 2021-22 season schedule, we’ve essentially seen two very different string of results take place. The first, as we begrudgingly sat through during the first few weeks, saw Juve look a lot like the team of last season as they dropped points and leaked goals despite the fact that Max Allegri was back in town. The second, which ironically began in the Champions League and against a team with the profile of a classic trap game, has seen Allegri’s imprints all over the place.

And if you are a fan of the first, you’re probably just around here trollin’ the hell out of us.

But as is seemingly the case around this time of the season each year, there’s a big-time fixture to tell us where Juventus is really at no matter who the manager is. It doesn’t matter if it’s domestically or in the Champions League, the days of the month in October with low- or mid-20s attached to them involves a game with a rather well-known opponent. This one just so happens to be at one of Italy’s biggest stadiums and arguably the biggest rivalry that Serie A has to offer. The San Siro might not be at full capacity Sunday night, but an expected crowd of about 56,000 fans is about to see a resurgent Juventus side face the reigning Italian champions in Inter Milan with big stakes to match the time of the year the date says it is in the first Derby d’Italia of the 2021-22 season.

OK, so it’s not exactly a be-all, end-all fixture when it comes to the Scudetto. It’s the third weekend of October, and that means that the Serie A title is far from even being close to actually decided. (Thanks, Captain Obvious.) But, as Max Allegri put it in his pre-match conference on Saturday, this isn’t a game in which the Scudetto race hinges. Yes, it’s a big game. It’s an important game. It’s one we obviously want Juventus to win because we like when that happens and it also coincides with an Inter loss.

It just so happens to be a game in which we will, again, see just how much progress Juventus has made under Allegri over the course of the last month.

Juve’s unbeaten run in all competitions has hit eight games. That’s nothing to sneeze at considering how inconsistent this team has been over the last couple of years. We’ve seen them clean things up defensively, we’ve seen them overcome key absences and just continue to take on all comers and we’ve seen Allegri maneuver through some very tricky fixtures and come out victorious despite everything that has been happening with injuries and the like.

Over this same period of time, Simone Inzaghi has experienced his first bit of on-field adversity since taking over for Antonio Conte during the summer. They’re coming off a 3-1 loss to Lazio in Serie A. Inter’s Champions League performances this season have left a whole lot to be desired. And, ever since dropping six goals on Bologna on Sept. 18, it’s not like Inter has continued to roll to win after win after win.

Basically, if there ever was a time to get Inter on the schedule, it’s right now.

But that’s also because of how Juve’s played of late.

Sure, the last time they took the field the performance was far from good or anything you would call enjoyable outside of the celebration that came with Dejan Kulusevski’s go-ahead goal late in the second half against Zenit. Before that, though, Juve’s run of 1-0 wins has also involved some solid play as well as some important wins against quality opposition.

This is the chance for Juventus to both continue the rise up the table after the horrendous start as well as beat one of its closest competitors for the Scudetto this season. Oh, and there’s also the chance to continue to put the heat on an Inter squad that has shown a few cracks over the last couple of weeks.

It may be the final days of October, but this is certainly an opportunity to get another signature win. Maybe we think Juve’s got a better chance to beat Inter than we thought entering the matchup against Chelsea, but the fact still remains that this is one of the biggest games on the schedule and rolling into the San Siro and making 50,000-plus Interisti grumpy as hell is always a welcome proposition.

On Sunday, two of the best Italian midfielders will be playing on the same field. But unlike when they were on international duty just a few short weeks ago, they will be opponents on this day.

So, as much as we loathe the fact that Nico Barella has to wear that jersey eight months out of the year, we can rest easy knowing that Juventus know has a certain talented Italian midfielder of their own now their payroll.

You can probably tell where I’m going with this. Yes, I know. I’m going with Manuel Locatelli again. I’m sorry, but when you’re facing a quality midfield like Inter has, you’re going to need your best midfielder to step up and try to win the battle in the center of the park. Locatelli has, to put it into the simplest terms, been pretty damn good since he arrived from Sassuolo.

(All those damn meetings were worth it!)

So now this boyhood Juventino gets his first crack at playing in the heated Derby d’Italia atmosphere. It’s surely something he’s thought about even before signing with Juventus, and it’s most definitely crossed his mind after signing with Juve as well as in the last couple of weeks — especially once he returned to Turin after international duty earlier this month.

There’s no denying Locatelli’s importance to this Juventus team and the impact he’s already had in just about two months worth of games. He’s made Juve’s midfield better — which, for quite a bit of time, seemed like a near-impossible proposition.

But against a team like Inter that has a pretty good midfield in its own right, Locatelli’s importance will become just that much bigger. It doesn’t matter if Allegri sticks with the 4-4-2 he’s been using during this run of good results or if he switches to a 3-5-2 like the Italian press is thinking will happen against Inter. The fact remains, Juve’s midfield goes as Locatelli goes, and we were reminded last season just what can happen when Inter’s midfield runs right on through the Bianconeri.

Now it’s time to for Locatelli to make his first trip back to the San Siro as a Juventus player a memorable one.