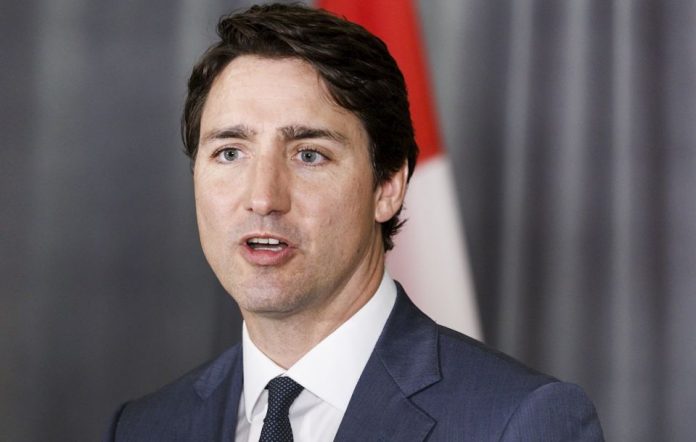 Canadian Prime Minister Justin Trudeau pointed out that the COVID-19 pandemic is reason enough to call Canadians to the polls on September 20.

Canadian Prime Minister Justin Trudeau called early general elections this Sunday for September 20, just two years after the previous elections, and when Canada is mired in the fourth wave of the pandemic.

Trudeau met this Sunday with the Governor-General of Canada, Mary Simon, who serves as Head of State on behalf of the Queen of England, and requested the dissolution of Parliament.

For the past two years, Trudeau has had to rule in the minority, because in 2019, the Liberals took 157 of the 338 seats in the Lower House of Parliament.

The latest polls indicate that Trudeau’s Liberal Party is on track to win the elections again, although experts have warned that the unpredictable evolution of the fourth wave of the pandemic may cause an electoral turnaround.

After meeting with Simon, Justin Trudeau appeared before the media in Ottawa and justified the decision to call early elections during the pandemic and only two years after the last elections, despite the fact that the opposition parties had guaranteed the survival of your Government.

Trudeau pointed out that precisely the decisions that the pandemic is forcing to take both in the country and in the rest of the world are reason enough to call Canadians to the polls.

The Liberal leader noted that “at this defining moment, who wouldn’t want a chance to help decide where our country is headed from here?”

The acting prime minister added that it is the opposition parties who have to explain “why they think Canadians should not have the option, at this decisive moment.”

At the time of the dissolution of Parliament, the Liberals held 155 of the 338 seats in the Lower House, the Conservative Party (PC) 119; the Quebequés Block (BQ), 32; the New Democratic Party (NPD), 24; and the Green Party, 2. In addition, five deputies were independent and one seat was vacant.

A poll released Thursday by the firm Abacus Data indicates that the Liberal Party could obtain 37% of the votes, the PC 28%, the NPD 20%, and the Green Party 5%. The BQ, which is only presented in the province of Quebec, would obtain 22% of the votes in the territory, which represents 5% at the national level.

BMW i3: Sad News From The Electric Vehicle