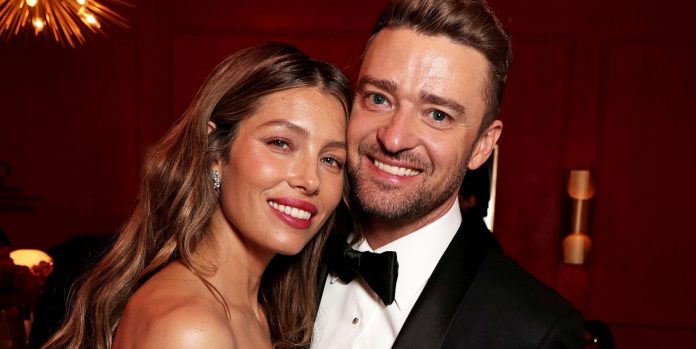 Singer Justin Timberlake revealed new details about his second son during a virtual appearance on The Ellen DeGeneres Show.

Justin Timberlake has confirmed that he and his wife Jessica Biel have welcomed a second child. The singer confirmed the arrival of a son during a virtual appearance on The Ellen DeGeneres Show.

The 39-year-old singer said: “It’s amazing and so cute. No one sleeps. But we are excited. We are excited and we couldn’t be happier. So thankful.” Justin also revealed that they have named his son, Phineas.

As we mentioned in The Truth News, the couple welcomed their first child, their son Silas, in April 2015 after marrying in 2012. Justin Timberlake revealed that they kept their pregnancy a “secret”, although he admitted that Ellen was a one of the few who knew.

Ellen told the new dad, “I think we were FaceTiming and you said, ‘Hey, you want to know a secret? I’m having another baby!’ The TV host asked Justin what it was like to be the father of two children compared to having just one.

The singer joked: “We don’t see each other anymore. It’s so much fun for everyone. It’s great. Silas is super excited.” Speaking about how five-year-old Silas is adjusting to being a big brother, Justin said, “He’s really into it right now.

“Phin can’t walk or chase him yet, so we’ll see what happens.” The singer also revealed that Silas was getting into video games and becoming a little gamer.

Justin Timberlake revealed this when asked if he shows signs of being a musician. He added, “But he likes Legos and tennis. We got him a Nintendo Switch. He’s like a crack kid.” The singer also revealed that his son is passionate about golf.