Home Celebrity Justin Bieber unveils the “Intentions” and “Come Around Me” 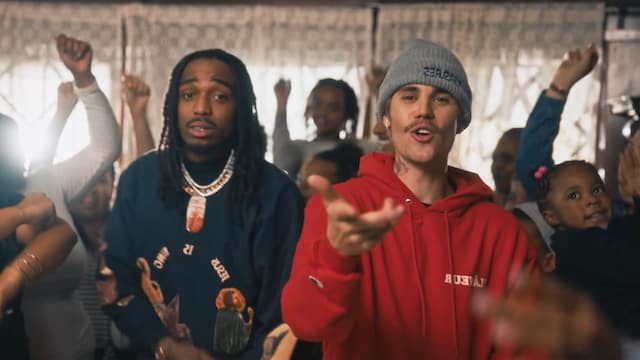 Justin Bieber delights his fans. Yes, the young Canadian artist has just released two clips for his titles “Intentions” and “Come Around Me”.

Justin Bieber continues to teaser his next album. Thus, the singer has just released two new clips: “Intentions” and “Come Around Me” .

So, Justin Bieber is the promotion of her new album: Changes . On this occasion, the Canadian unveiled two new clips. Yes, Hailey Baldwin’s husband has a lot of surprises in store for his early fans.

In any case, his videos greatly pleased his community. As proof, 2 million people saw his clip “Intentions” just one day of publication. A consecration for Justin, who has come a long way since “Baby” .

That said, Justin wanted to do it big, with his two clips he wanted very visual. Indeed, the singer took care of the aesthetics to illustrate his 2 new sounds . He introduced talented dancers, who were not unhappy to steal the show from him.

JUSTIN BIEBER: HE DELIVERS TWO VERY VISUAL CLIPS
Everything suggests that Justin Bieber has bet on the visual aspect of his clips for his brand new opus. “ We are there. As promised, I worked with my friend and choreographer Nick Demoura to make a visual album for ‘Change’, ” said the artist on Twitter.

That said, we had already seen a preview of the shooting of another clip a little earlier: “La Bomba” . Yes, Justin Bieber dared a dance there to say the least. Result: the clip seems very colorful, and very inspired by the vintage and colorful side of the streets of Cuba.

For “Come Around Me” , Justin Bieber then gave way to talented dancers. They appear to be wearing neon masks , all in an abandoned hangar. A very street atmosphere, in short. In “Intentions” , we follow a battle on the dance floor, between two groups; girls against boys. We let you discover them.

Kim Kardashian: Could Kanye West be happier without her