Home Celebrity Justin Bieber: He spoils his wife Hailey Baldwin for his birthday 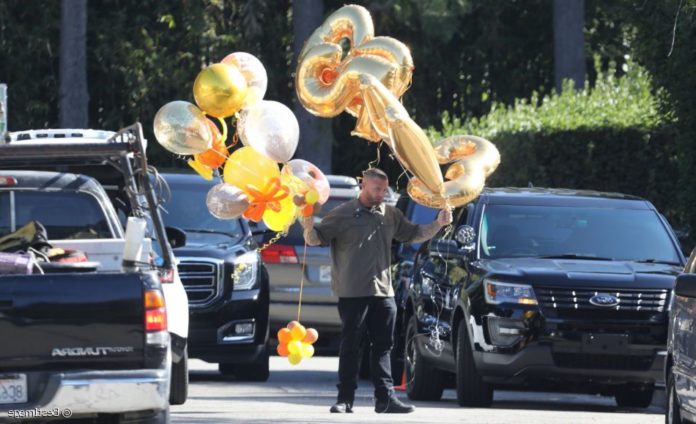 “When we love, we do not count!” Says the saying. Justin Bieber applied it by paying a small fortune for the birthday of his wife Hailey Bieber (23). The new model’s diamond-covered watch blinded the net surfers!

For the birthdays of their favorite stars, fans are mobilizing! There are still thousands who have sent greetings to Hailey Baldwin. For her 23 years, the model was especially spoiled by her husband, Justin Bieber.

Justin Bieber has more than 121 million followers on Instagram. 121 million Internet users who joined him in wishing a happy birthday to his wife, Hailey Bieber. The singer dedicated to her a new publication, posting a montage of two photos of her at their wedding.

Justin writes in caption: “Happy birthday sweetheart! You make me want to be better every day! Your way of life is very attractive … ps you excite me in all possible ways (…) next season, BABIES.” The groom is very excited about becoming a dad.

For 23-year-old Hailey Bieber, Justin was not content with this declaration of love. Usher’s protégé covered him with diamonds by buying him a new watch. Mr. Bieber made an appointment at a jewelery store in Beverly Hills, ordered a Royal Oak from Audemars Piguet and had it customized with precious stones. “THE BEST FOR MY BABY,” says Justin as a legend of a photo of the precious jewel.

had to stop by @jadellebh for Hailey’s birthday gift flooded AP.. ONLY THE BEST FOR MY BOO

Justin and Hailey Bieber were married for the second time on Monday, September 30, 2019 in the city of Bluffton, South Carolina. Several celebrities, including Kendall Jenner, her younger sister Kylie Jenner and ex-mate Travis Scott, singer Ed Sheeran, rapper and actor Jaden Smith, and uncle of the bride, Alec Baldwin, had attended the happy event.

BTS thanks ARMY for their support in 7 years with emotional...

Camila Cabello reveals how she started taking care of her health