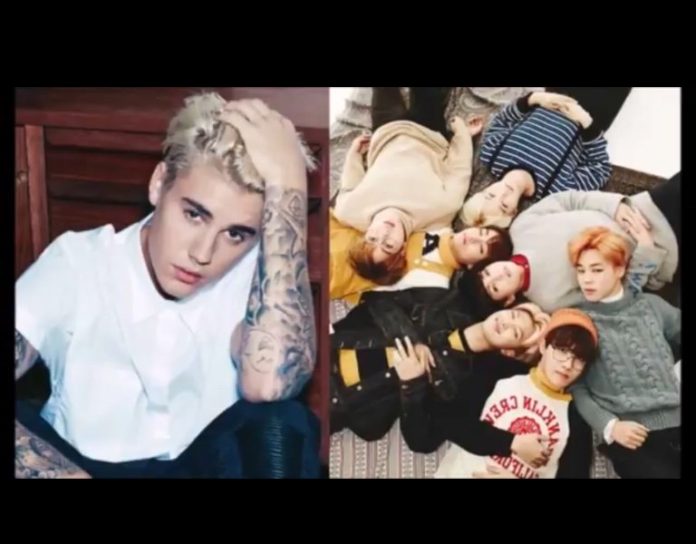 Justin Bieber is said to be about to collaborate with the K-pop group BTS. A project that we did not expect at all!

Justin Bieber and BTS an ultra-famous K-pop group are about to collaborate. A fairly daring mixture that risks making a splash given the popularity of the artists. We’re talking to you!

You are aware that K-pop has enjoyed unparalleled success over the past decade. Like the BTS group which makes a lot of noise, especially since the announcement of the release of their album entitled “Map Of The Soul: 7”. It must be said that their music and that of Justin Bieber is far from the same! However, according to rumors, they could drop a new set. But why these assumptions? At first because Jungkook one of the group members shared the title “Yummy” by Justin Bieber. As usual, he posts his musical tastes on social networks.

In addition, a publication by Scooter Braun also aroused the suspicion of fans. Also according to rumors, the artists may have met to make a special remix of “Yummy”. However, this does not please everyone, some are convinced that Justin Bieber uses their notoriety to shine more. So to make more sales and more views!

JUSTIN BIEBER POWERED BY BTS!
It must be said that BTS are not average artists, this boyband has fans around the world. Besides, with or without a collaborator they are self-sufficient! Whereas for a solo artist it is always good to sing with others. In particular to have more visibility. So this detail annoys the fans of the group who are convinced that Justin Bieber use them. After the success of “Map of Soul: Persona”, the South Korean pop music group returns with “Map of the Soul: 7” on February 21.

Since this announcement, K-pop fans are getting impatient! moreover, as The Time reports, the hashtag # 7isComing exceeded one million in a few hours. Fans did not fail to communicate their enthusiasm on Twitter and on social networks. So this is a good thing that Justin Bieber may be planning to join them!

Why Sheldon didn’t mention Dr. Sturgis in his adult speech