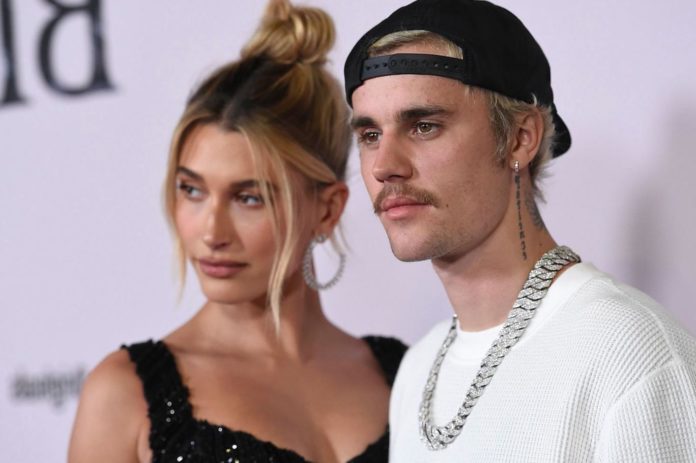 Justin Bieber and Hailey Baldwin have been married for over a year. The two stars still appear in love on social networks!

For several days, France, Italy but also the United States have been in containment. So everyone has to stay at home and Justin Bieber takes this very seriously.

Thus, the singer does not leave his villa in Los Angeles and he waits for the containment to be lifted. In the meantime , he is with his wife, Hailey Baldwin, and they can count on each other.

Justin Bieber lives with Hailey and everything is going well between them . The two stars had their wedding ceremony last September in South Carolina. They still seem very in love and they face the virus together.

The singer decided to postpone his concerts. In the meantime, he plays music and takes care of his wife. So, a few hours ago, he posted a very nice photo of her on Instagram!

JUSTIN BIEBER POSTS A SENSUAL PHOTO OF HIS WIFE!

Love you baby! Photo taken by me

A few hours ago, Justin Bieber made the canvas blush. Indeed, the singer posted a beautiful photo of Hailey Baldwin. The young woman seems to be taking a bath when her husband photographs her.

She looks straight at the camera and seems very comfortable. The starlet lifted her hair to be comfortable and she looks more sensual than ever. In any case, Bieber seems very proud of his photo as well as of his wife. ” I love you baby. Photo taken by me, ”he wrote.

Justin Bieber is very happy to be in a relationship with Hailey Baldwin and it shows. In addition, many of his fans commented on the photo. They find the starlet to be very beautiful and lucky to be with her. “You are really lucky to have such a beautiful woman,” said a fan.

For its part, Hailey Baldwin did not comment on the photo. Nevertheless, we suspect that it must have pleased him.

Plus belle la vie: Leo will leave the police for Claire!

Fans are convinced that Lucifer will die in season 6