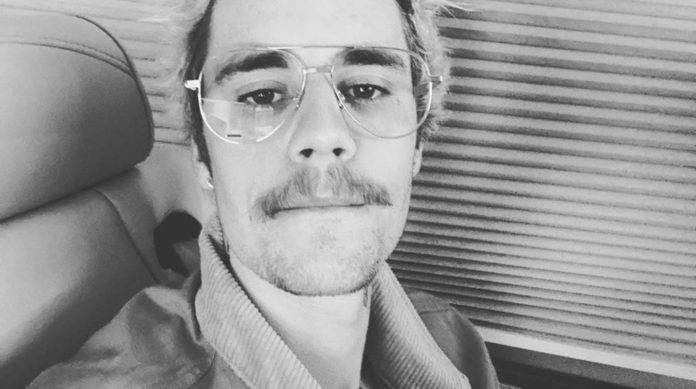 Justin Bieber says goodbye to his mustache and thus Hailey Baldwin reacts. This is how the singer’s wife reacted when she saw her new look.

Since the release of his controversial song ‘ Yummy ‘, Justin Bieber has been constantly at the center of the controversy, either because of his supposed subliminal messages or because of the confessions about his past he made in his documentary ‘ Seasons ‘.

Recently, the Canadian received several criticisms for his careless appearance , which has been the result of his condition, Lyme disease. However, Justin has received comments again (this time positive) thanks to his new look .

Several weeks ago, Justin Bieber reappeared in social networks and began to grow his mustache , which is why a great debate was opened among his followers, who had different opinions about his new look and many agreed that they missed the super-shaved Justin of before.

THANK YOU SO MUCH

It took several weeks for Justin to decide to say goodbye to his beloved mustache and shared a picture of him with his new look on his Instagram account . However, this may not be definitive since the singer added the description:

I shaved. MUSTASHIO went on holiday, but he will be back in due time

“I shaved. MUSTASHIO went on vacation, but will return in a while.”

The photo of Justin Bieber was filled with comments where fans expressed their joy to see that his mustache was gone forever , and one of those people who celebrated the new look of the singer was Hailey Baldwin , who said “Yeeeee”.

Thank you last night to @spotify for the #houseofchanges

Justin Bieber’s mother was also glad that her son has finally shaved his mustache and thanked God. What do you think about the new look of Justin ? Leave your comment.

In the pool! Anitta makes a gallant tremendous twerking

BTS: These are some of Jungkook’s favorite things