Home Entertainment Justin Bieber returns to the stage for his first performance since Ramsay... 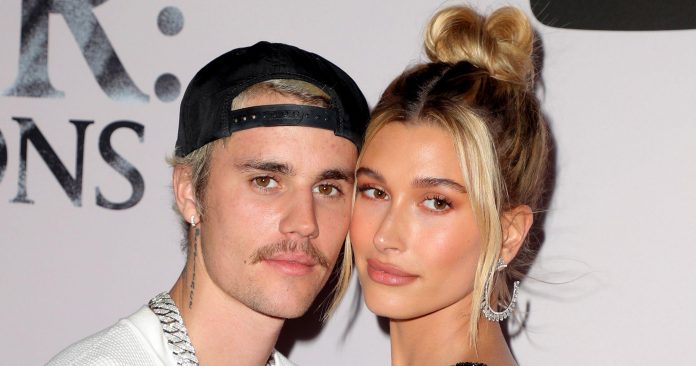 A triumphant return! Justin Bieber returned to the stage two months after the singer revealed that he was diagnosed with Ramsay Hunt syndrome.

“I love you guys and I missed you,” the 28—year-old Bieber signed one of several Instagram posts on Monday, August 1. Social media uploads provided a glimpse of his time on stage and showed his wife, Hailey Bieber (nee Baldwin), next to him during a performance abroad.

“I want to thank you so much for coming back to me. This is my first day back. It’s so good to be here. As some of you guys know, the “Justice” tour is dedicated to equality. It’s about justice for everyone. It doesn’t matter what you look like, it doesn’t matter what your figure, size, ethnicity is. We are all the same, we are all one,” the Canadian native said in an Instagram video from the Lucca Summer Festival in Italy, where he performed on Sunday, July 31. “But we are here to change the situation. And I want to say thank you to each of you guys for participating in this tour.”

25-year-old Hayley, for her part, also talked about her husband’s career growth, writing in an Instagram Story on Sunday: “One thing I know for sure: you can’t keep this guy…”

Justin’s appearance at the music festival marks his first live performance since he postponed his Justice World Tour in the US earlier this year. In June, the musician announced that he would take a break after he was diagnosed with Ramsay Hunt syndrome.

“It’s pretty serious, as you can see,” the “Peaches” performer said in an Instagram video, showing partial facial paralysis. “I wish it wasn’t like that. But obviously my body is telling me that I need to slow down.”

At the time, the official social media account for his tour confirmed a pause in performances. “In light of Justin’s ongoing recovery, the remaining US Justice Tour shows scheduled for June and early July will be postponed,” the statement on Instagram said.

Justin Bieber and Hailey Baldwin: the chronology of their relationship

Amid concerns about Justin’s health, a source exclusively told Us Weekly that he is “working with a leading team of specialists” and “following their advice” on the next steps. The dancer’s recovery included “facial exercises”, “maximum rest and relaxation” and his commitment to his faith.

“[He] firmly believes it will resolve itself eventually, but of course it’s a stressful situation to deal with and it’s a tough time for both him and Haley right now,” the insider added. “The last thing he wanted was to postpone concerts.”

Which men kissed Gabby and Rachel for the first time at...