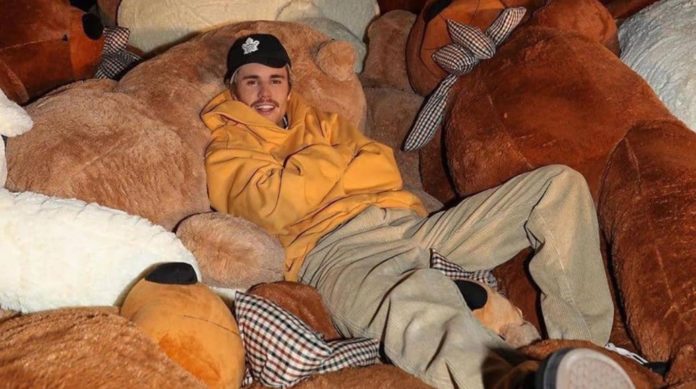 After the release of “Changes”, Justin Bieber continues with his musical projects, now, it seems that he will join the fever of Latin rhythms and release a song with one of the most popular exponents of the urban genre: J Balvin.

Previously, they had already worked on the remix version of “Sorry”, we told you all the details of their new song.

In social networks, several videos and photos of both singers circulate in the middle of a set in the streets of Miami. For the outfits, it is believed that it will be a song inspired by the 70s.

The clips that have been shared show that the song could have Caribbean touches, something very different from Justin’s style . The collaboration would be called “Bomba”.

It has not yet been confirmed if it is really a single or the release date of that song, but fans cannot wait to listen to this duo.

See Also
Justin Bieber and Hailey Baldwin together for Thanksgiving? We know more!