Home Celebrity Justin Bieber and Hailey Baldwin more in love than ever: this photo... 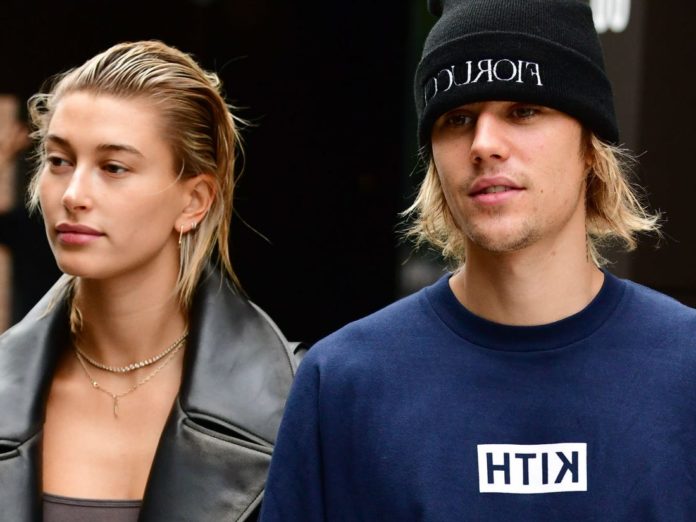 Justin Bieber and Hailey Baldwin were married over a year ago. The two stars are still in love and they appear to be accomplices.

Justin Bieber and Hailey Baldwin have been in a relationship for more than a year. The two stars still want to be in love and they appear to be accomplices in front of the cameras.

In 2018, Justin Bieber broke up with Selena Gomez to couple with Hailey Baldwin. The two stars did not waste time to formalize their couple and they quickly got married. Indeed, in September 2018, they went to a town hall in New York to get married in the greatest secrecy. It shocked the fans a lot and no one expected them to be so in love.

Yet Justin Bieber and Hailey Baldwin are still in love. In September 2019, the two stars had a beautiful wedding ceremony in South Carolina and they invited all their loved ones. The model and singer wanted to wait for the right time to do their religious ceremony. Indeed, the singer had to fight against depression and he could count on the support of his wife. She has helped him a lot through this illness and Bieber is grateful.

JUSTIN BIEBER MAKES A BEAUTIFUL DECLARATION OF LOVE TO HIS WIFE

Four months after their wedding ceremony, Justin Bieber and Hailey Baldwin are still as accomplices. A few hours ago, Bieber posted a photo of him with his wife at a social event. We can see the singer holding Hailey’s face and he looks at him with love. For her part, the starlet smiles and she seems very happy to share this moment with her husband. In addition, she wore a very beautiful black dress for the occasion.

Justin Bieber made a declaration of love to Hailey Baldwin on Instagram. On the caption of the photo, the latter “I love you baby” . The starlet did not leave messages but we suspect that she must have been touched by this little attention. For their part, fans are delighted to see the two stars as accomplices and also in love. It is clear that they form a very beautiful couple! “So cute,” said a fan. “A cute couple,” said another fan.