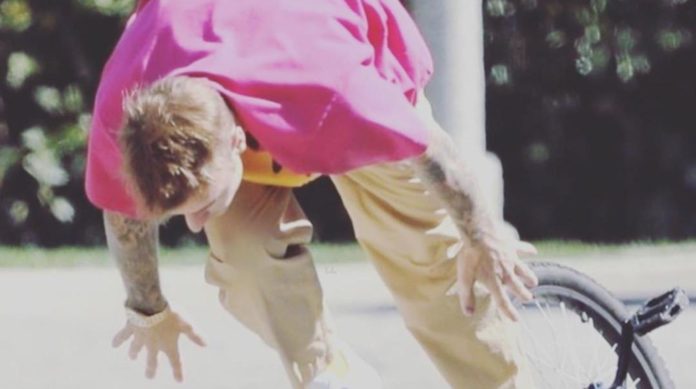 As famous, it must be very difficult to get rid of those paparazzi that document everything, especially, an embarrassing moment in which without wanting it, is already on the Internet. Just as it happened to Justin in October, who was caught when he was falling from a unicycle. Omgg!

Although the Canadian could have taken it badly, a few months after the tragedy, he has decided to add more humor to his fall, as he uploaded 7 photoshoped images of the moment. In these trick photos, Justin can be seen hanging from a basket, fighting with John Cena, kidnapped by the aliens, and even taken out of a stuffed animal by the claw. LOL!

It is not yet known if the singer was the one who made these touches, but what we are sure of is that it was he who had this great idea. Justin has shown his happiness, from the moment he announced his return to music.

It began to become evident, shortly before the premiere of his first single “Yummy”, same as days later, he would arrive with his official video. Showing a Bieber with pink hair, eating in a restaurant, surrounded by celebrities and one of his cats.

15 years: Wayne and Annemarie Carpendale are madly in love with...

Terrible! Jin was EXCLUDED from this important project