Home Celebrity JUSTIN BIEBER AND ARIANA GRANDE WILL LAUNCH STUCK WITH U WITH A... 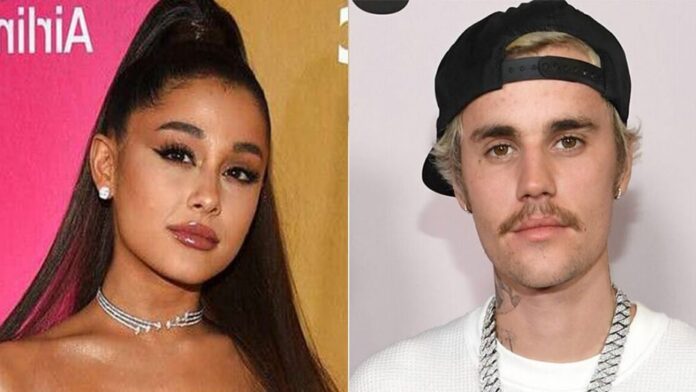 Proceeds from the song will be donated to first responders fighting Covid-19 and to a foundation.

The coronavirus crisis continues and almost 3 months have passed since some countries have decreed quarantine to prevent further infections.

Here is the announcement. Very excited because we have finally done it. And it’s really good. I’m releasing a new song #StuckwithU with my friend @ArianaGrande next Friday on May 8th https://t.co/pJCba90Cwf pic.twitter.com/UlSnPxnPT1

They have been difficult times, various media, celebrities and governors have recognized the work of doctors, nurses and medical teams, who have fought the Covid-19 from day one. The children, who had to celebrate their day from home, are the ones who have protected themselves the most, which is why Ariana Grande and Justin Bieber joined in a very special project. Through their social networks, both singers shared a teaser for “Stuck with u”, a collaboration between Bieber and Grande, which will premiere on May 8 through music platforms. The Celebs New Song is a project that seeks to raise funds to help first responders who have battled the pandemic, as well as create scholarships for children through the First Responders Children’s Foundation.

Justin explained that he was excited to be able to launch this project with his friend Ariana and thanked the support of his label, as well as the organization “SB Projects”, aimed at creating things that inspire people.
The singer also revealed that there will be an instrumental version of the song that will be released during the course of the day and that fans will be able to join this good cause. Also, you can pre-order the single through the Universarl Music page.

Profits will be raised through digital sales and streams generated with “Stuck With u”. Several celebs have been inspired to write songs and create new music during the days of isolation, Justin and Ariana decided to take advantage of the situation to help through the music and send a message that they are trapped with you during these difficult times.

WWE and its mismanagement of world championships