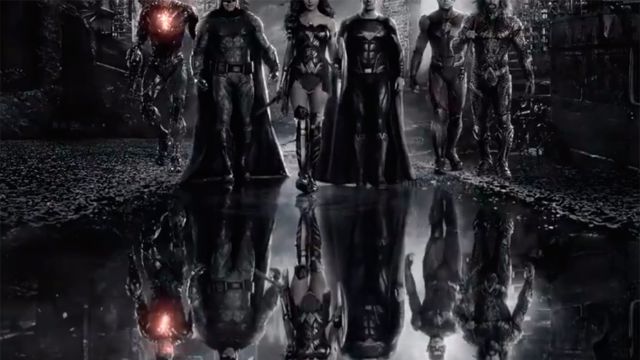 HBO Max confirms the premiere of Zack Snyder’s Justice League: Justice is Gray, the montage of the Snyder Cut most faithful to the director’s vision.

Following the highly anticipated and successful premiere of Zack Snyder’s Justice League on HBO, fans still have one more reason to celebrate; and it is that HBO Max has confirmed the premiere of Zack Snyder’s Justice League: Justice is Gray, the black and white version of the same film already available although monochromatic, according to its own director, the version closest to its original vision along with the already known aspect ratio of 1.33: 1. So, if there wasn’t enough with the new Justice League montage, now the most definitive version of all will arrive on HBO’s streaming platform.

At the moment only on HBO Max

Although the intention of releasing the Snyder Cut in black and white is an idea that was already announced some time ago by its director, finally HBO Max has confirmed that this new version will soon be available on the streaming platform, yes, in a specific date yet to be determined. This has been announced through the official profile of the film on Twitter, sharing a small video clip with a scene already known between Bruce Wayne and Alfred, yes, with the new monochrome visual treatment.

In addition, the final title of this new version has been confirmed under the title Zack Snyder’s Justice League: Justice is Gray; according to Zack Snyder himself, this black and white version is “the purest, most fan-centric, and most Justice League experience of all.” At the moment it has only been confirmed on HBO Max, so it is still unknown if it will also be available on HBO Spain as the Snyder Cut.