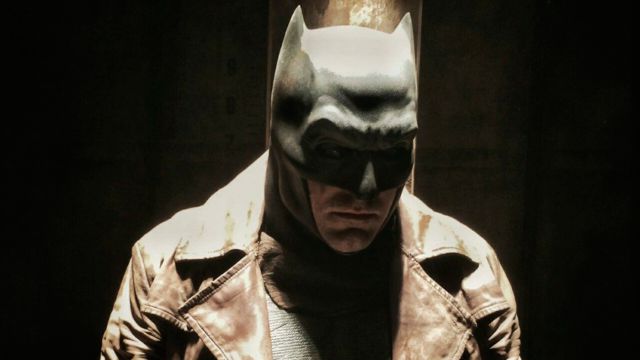 The director of the new version of Justice League shares a new photo of the reshoots with Ben Affleck as the dark knight.

Director Zack Snyder continues to share unpublished material from his new version of Justice League a few weeks after its premiere on HBO Max, a film that we can see through HBO Spain in our country. So much so, that after announcing the release date along with three new posters and, more recently, publishing the first image of Jared Leto’s new Joker, now the filmmaker has shared an unpublished photograph of the filming set starring Knightmare Batman, the Dark Knight from Bruce Wayne’s apocalyptic vision by Ben Affleck himself.

Premiere on HBO on March 18

And it seems that Snyder intends to show much more of that spectacular scene from Batman v Superman in which Bruce Wayne has a vision of an apocalyptic future in which Darkseid controls Earth and Superman succumbed to the power of the anti-life equation . And good proof of this are the reshoots they recorded at the end of last year with several actors such as Jared Leto, Joe Manganiello or Ben Affleck himself, among others, and to which this photograph of Batman in a raincoat belongs, already seen in the previous film. .

And it is that many of the new scenes shot in 2020 were intended to serve as a link between the different chapters of Zack Snyder’s Justice League, a version of which the 4-episode miniseries format was finally discarded to be released as a 4-hour film, apparently, divided into different chapters at the plot level. In addition, the reshoots are mostly for scenes set in the apocalyptic future, including the new Joker, in addition to others with Martian Manhunter as the protagonist.

It is expected that in the next few weeks the second and final trailer for Zack Snyder’s Justice League will be released, perhaps on February 14 or as part of an event scheduled for the 26th and 27th of the same month with Zack Snyder; As we say, the film will premiere on March 18, 2021 on HBO Max and on HBO Spain in our country.

Nvidia Confirms Presence At CES 2022 On The Same Day Of...