Home Entertainment Justice League gets a stunning redesign and a new line-up in a... 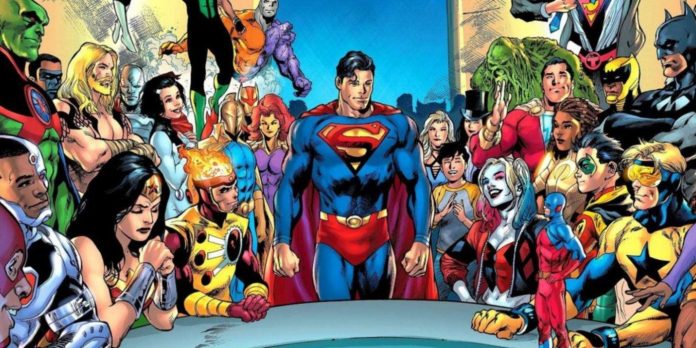 The Justice League has long been transformed in many ways. Fan art from one talented artist gives the team not only stunning new designs, but also an exciting cast that can seriously change their game.

The largest assortment of DC Comics heroes has been defending their universe for years. From the moment they teamed up to defeat Starro the Conqueror, heroes like Batman, Superman and Wonder Woman have used their combined might to defeat some truly powerful opponents. And although the team had serious firepower, the composition of the participants is not quite constant. The members of the Justice League can vary depending on who is available or alive to join its ranks. Over the years, the League has had several completely different variations, such as its international and Detroit versions, where each generation had its own unique composition.

And one hypothetical line-up from illustrator Gabriel Larragan found a completely unique makeover for the team and in addition gave them some amazing redesigns. The artist posted a message on Gabriel Larragan’s Twitter account, which, in particular, said: “I’m playing with my Justice League drawings.” The message is accompanied by a series of images depicting recycled Larragan characters. First of all, this is the trinity of Wonder Woman, Batman and Superman. Amazon Diana towers over the stockier Bruce and seemingly Superman-influenced Kingdom Come. The second picture shows Wally West Flash, Green Lantern Jessica Cruz, a very alien Martian Hunter and the totem animal Vixen. Larragan’s latest heroes are Green Arrow with his classic beard, the much shorter Blue Beetle, Zatanna in her classic stage magician costume, and the always confident Booster Gold. No matter how impressive the cast is, the artist promises more, saying, “There are still a few more characters to add.”

Even without any additional heroes, users have already expressed support for the composition represented in this Justice League fan art. Larragan, who scored more than ten thousand likes, clearly caused a response from fans. It doesn’t hurt that the artist showed a super creative approach to team design. But what really works with a hypothetical composition is how well it is balanced.

The hard part for a good cast of superheroes is finding the right combination of powers. There is no shortage of heroes in the DC universe capable of dealing with powerful villains alone, but it’s not enough just to assemble a few strong characters into a team. Ideally, the heroes elected to the Justice League should embody all the diversity of the DCU. Larragan’s line-up does a great job balancing magic, science fiction/aliens, and street-level heroes. This would not only give the team a diverse set of strengths, but would also make reading more fun for fans. I hope someday in the future there will be a Justice League resembling Gabriel Larragan’s fan art.