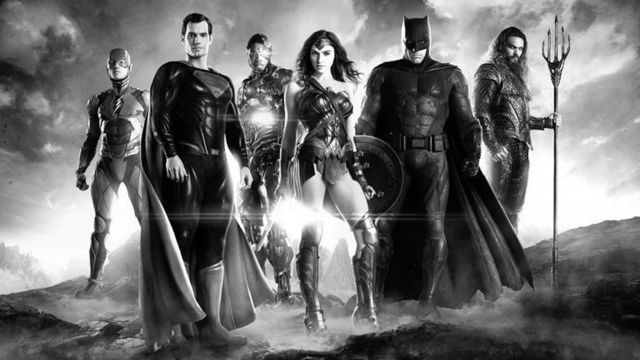 The promotion of Zack Snyder’s Justice League continues to leave us new information about the film, such as its division by thematic chapters and more.

After the publication of the official trailer for Zack Snyder’s Justice League (Zack Snyder’s Justice League’s official title in Spain), its head, the director Zack Snyder himself, along with his wife Deborah Snyder (producer), continue to share new information about the film, from its division by chapters to its international distribution, as well as some curiosities about reshoots in the middle of the pandemic.

As was confirmed long ago, the new version of Justice League will have a total duration of 4 hours without counting the credits, a record in superhero cinema; yes, although its mini-series format was discarded, finally the film will be divided into four thematic chapters, each with its own title, accessible through their respective brands within the film itself. This is what Zack Snyder has explained in a recent interview.

“There are different marks on the timeline that allow you to go to each of the episodes. I think it’s great because we wanted to make sure that if you didn’t want to see it all at once, you could go and see it however you wanted without feeling lost. When it comes to four hours, it is difficult to know where you have lost the thread ”, says the filmmaker.

On the other hand, Zack Snyder has criticized the film’s distribution plan internationally; and is that once its release in theaters has been ruled out, Zack Snyder’s Justice League will arrive through HBO Max in the United States, premiering on different platforms according to the presence of HBO in each country. For example, in Spain it will do so through HBO Spain pending the landing of HBO Max, while in Latin America they will have to wait for the premiere of HBO Max in June.

Finally, Snyder has commented on some curiosities from the filming of the reshoots at the end of last year, such as the sets divided by colors (red, yellow and green) according to the level of sanitary precaution in each one of them; the actors, for example, worked on the red set, to cite one example.