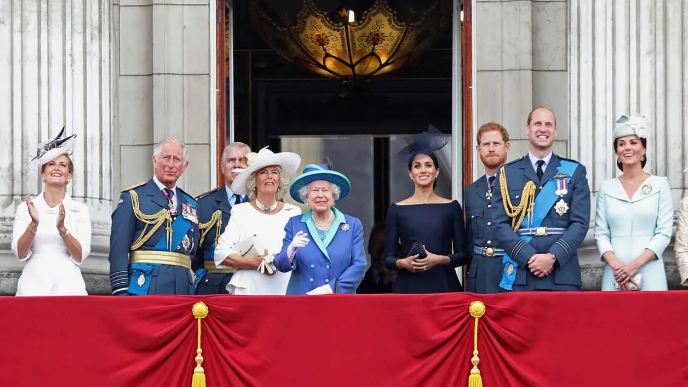 It is clear that Meghan Markle is not in good standing with many people and tabloids in Britain. The former American actress is often accused of separating Prince Harry from his family. Moreover, she gets under the scanner again and again because of her explosive statements regarding the House of Windsor. The Duchess of Sussex has often accused some members of the royal family of discrimination and humiliation of her dignity because of the color of her skin.

Leaving behind all the incidents in the past, Meghan Markle made a statement when she actively participated in all the services in honor of the last Queen Elizabeth II. The Queen of Sussex was also seen shedding tears at the queen’s state funeral at Westminster Abbey. She arrived at the funeral with the Countess of Wessex, as Prince Harry walked behind the coffin. The presence of the former actress did not like some enthusiasts of the royal family, and they tried to throw mud at Meghan. Famous British TV presenter Piers Morgan also made headlines for a few harsh words.

During a report for Fox News on the day of the state funeral, Pierce used several humiliating words to the Duchess of Sussex. The channel referred to the relationship between the royal family and the Sussex couple as a drama from a soap opera. Morgan believes that people can somehow sympathize with Prince Harry for the treatment of him by the royal family.

The reporter said it was time for the Duke of Sussex to wake up and try to mend relations with his father and brother. Pierce also suggested that Harry stop writing memoirs, as they could cause serious damage to the newly appointed monarch, King Charles III.

“I hope something wakes up inside him. I hope he will release a book. She [Megan] is probably going to lose out on this because she just wants to be rich and famous,” Morgan said, as quoted by DailyStar.

This is not the first time that an English TV company has dealt a blow to a former American actress. Time and time again, Pierce told Meghan that she had destroyed the royal family and just wanted fame and money.

Do you agree with Piers Morgan’s statement about Meghan Markle and Prince Harry? Share your thoughts in the comments.