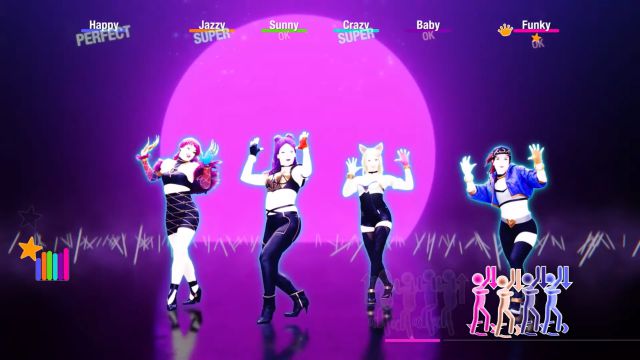 Just Dance 2022: The latest installment of our favorite dance saga arrives without much news and without adapting to the next gen, but with a very successful selection of songs. Every year, we look forward to a new installment of that saga that we are passionate about. It is inconceivable to go another year without FIFA, without Call of Duty and, of course, without Just Dance. In the middle of the Christmas season, we look forward to another new installment of this musical title with which we turn our living room into a dance party. It has been more than 10 years in which we have enjoyed house parties to the sound of our favorite songs, discovering genres that we did not think we would like and artists that we later went to follow the track on Spotify. Likewise, Just Dance has saved our sanity in insane times of pandemic and continues to do so in the face of an uncertain Christmas. Thus, Just Dance 2022, from Ubisoft, takes us out to dance on PS4, PS5, Xbox One, Xbox Series, Google Stadia and Nintendo Switch. And, although he has known how to keep up in certain aspects, in others he gives a little stumble.

Just Dance 2022 is presented in a very continuous way and this is not bad if the formula works. After all, its core lies in an unusual proposal in the medium: a musical game in which we are invited to dance for the simple pleasure of doing it, while it encourages us to self-improve to recreate each choreography in the most reliable way possible. Everyone is welcome on the dance floor, regardless of their video game experience. At least, the philosophy has always been this since that first launch on the familiar Wii. But, in the last generation, the game system collides with this maxim, as we will see later.

Thus, Just Dance 2022 arrives without major changes, with a very intuitive navigation system that takes us to Kids mode, Just Dance itself or the Quick Play that had already been incorporated in the previous version, with the random playback of songs. And, as is traditional, in the main game we access different songs, pre-made playlists or our own. We can also customize the dance card and participate in the World Dance Floor, the world tournament among all the dancers in the world and which works in the same usual way. Players must dance to three songs and will be ranked according to the score achieved. Aesthetics also continue to be the hallmark of the house: psychedelic decorations, with slender dancers with undefined features so that we can identify ourselves, and funny videos with original choreography for each song. Many of the pieces make a clear tribute to the original video clip, such as Chandelier (Sia).

Southern Charm: Why Shep Rose will Never be able to commit