Home Entertainment “Just a Dream” — Fans Reunite Due to Sad News About “Black... 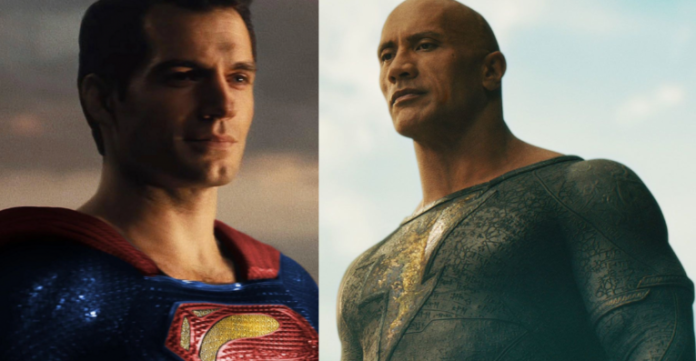 How hopes can collapse in a split second! When Henry Cavill finally wrote on his Instagram that he would not repeat the image of Superman, the hopes of many fans collapsed. The fire intensified when James Gunn wrote immediately after Cavill’s departure that he was shooting a Superman movie without him. Now fans of “The Rock” are also shocked to learn that they will no longer see Black Adam. Dwayne Johnson officially announced on his Twitter news about the future of Black Adam.

Dwayne Johnson played a vital role in the British actor’s comeback and got the green light for Superman’s return to the DC universe. And now, under the new leadership of James Gunn and Peter Safran, DC Universe is moving in a completely different direction. While fans have also launched online campaigns to bring back their beloved Superman, James Gunn has remained firm in his decision.

Now that Dwayne Johnson has announced that “Black Adam” won’t be appearing anytime soon, fans have poured out their hearts. They thanked Rock for allowing them to see their beloved Superman on the big screen for the last time.

Fans thank Dwayne Johnson for the return of Henry Cavill

Most recently, Dwayne Johnson posted a heartfelt post on his social network. He turned to the fandom and revealed the details of his meeting with James Gunn. “Black Adam will not be in their first chapter of the narrative,” the actor wrote. However, he also mentioned the possibilities of new ways to use his DC character in the future. Speaking about the future of the film, Rock also spoke about his friendship with James Gunn and shared how he is rooting for DC and Marvel wins.

Respecting the decisions of the new bosses of DC Studios, Johnson did not forget to thank his fans for always being by his side. In response to this post, the fandom poured out their feelings, thanking him for the return of Cavill as Superman.

Fans pour out their hearts when Rock thanked them

As heartbreaking as it was for the actor, fans expressed their disappointment that the DCEU canceled the release of Superman and Black Adam.

Thank you for your hard work, passion, and love for DC ❤️

This will never be forget pic.twitter.com/jtKVgegLZn

Thank you for your passion & hard work fighting for so long to give us such great movie with Black Adam and DC & of course letting us see Henry again! You will be missed but super excited to see what’s to come from you in the future! 🙏🏻❤️ pic.twitter.com/yPoNqH74Gh

The fandom naturally feels upset, grateful, and overwhelmed. What are your feelings about this situation? Tell us in the comment box below while you watch your favorite Superman in “Man of Steel” here.