Home Sport Jurgen Klopp’s coaching skills on show with the captain who won the... 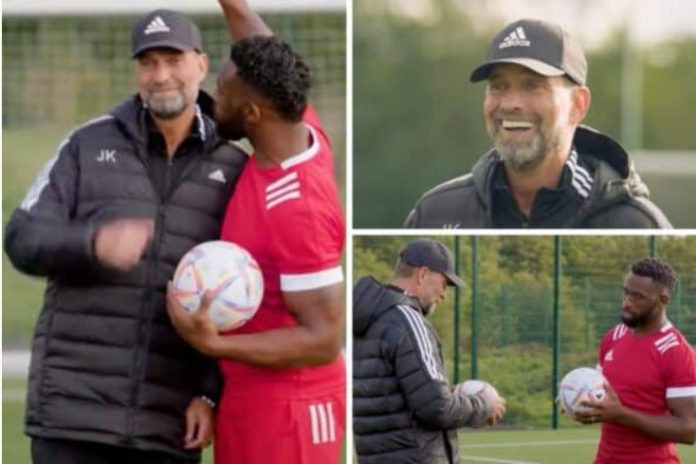 Jurgen Klopp is never short of wise words, whether at a press conference or on the training field, as South Africa’s rugby captain Siya Kolisi can now confirm.

The Liverpool coach has a reputation that, for all the right reasons, is ahead of himself — a man who is not afraid to ask for help, and also extracts most of those around him.

The Reds have greatly benefited from his skill since 2015, and every time you get an idea of how he works, you need to appreciate.

And Adidas, whom Klopp represents as a brand ambassador, is the latest to deliver the goods with a series of videos in which the Reds boss shares his coaching thoughts with Kolisi, who swapped a rugby ball for a soccer ball.

Kolisi, a Liverpool fan, went through all the trials in situations with a dead ball, with penalties, free kicks and corners, and Klopp was always there to share wise words and laugh.

The series shrewdly shows how Klopp acts, always seeing the bigger picture, even if there is no execution yet — he even demonstrates his abilities, including with a rugby ball!

“It’s a very special situation,” Klopp said of the penalty. “Actually, it’s not that difficult to do, but because of the situation, it seems that the goal is decreasing second by second, yard by yard.

“Pressure from outside, why are you playing, all that… the technique is not complicated. You have an idea in your head, if you want to score and hit there, you hit there.

The pair laughed a lot, especially when Klopp hit the crossbar with a rugby ball, Kolisi was left to say: “It was amazing!”

“I hit a lot of penalties, but I wasn’t allowed to execute them,” Klopp said when they moved on to the execution of penalties.

And when Kolisi hit the model on the head, the boss jokingly said: “Not bad, I like this tactic. This is actually something we use quite a lot!

“The first penalty in the game, always in the face of this guy!”