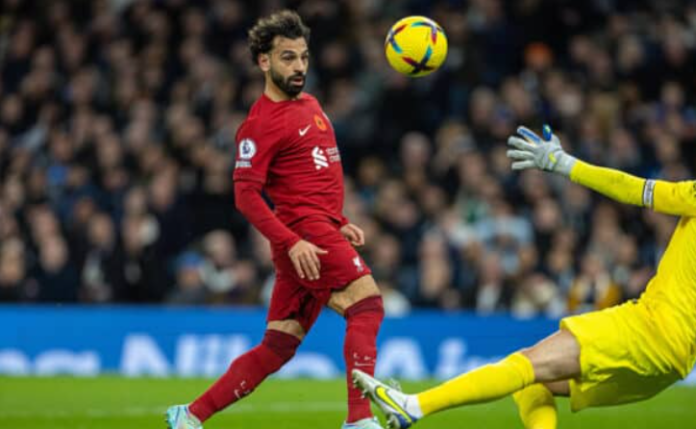 Jurgen Klopp believes that Mo Salah will be considered “one of the best strikers of all time”, but stressed another quality in Liverpool’s 2-1 victory over Spurs.

Salah scored twice to seal a vital victory over Tottenham on Sunday night, bringing his season tally to 14 goals and his overall record for the club to 170 in 274 games.

The Egyptian moved two behind Kenny Dalglish in terms of performance for Liverpool, the legendary Scot currently ranks seventh in the all-time scoring rankings, scoring 172 goals in 515 games.

And with two more seasons in his contract besides the current campaign, Salah can light himself up in at least the top five, and Klopp believes he is “one of the best” in history.

However, at his post-match press conference on Sunday, the coach praised his number 11 as a “real team player” who showed an “outstanding attitude” while defending Liverpool’s leadership.

“Mo, even at the slow start [of the season], used the most chances in Europe,” Klopp explained.

“But as everyone knows, at the end of the day, when you look back at his career in four, five, six years, everyone will remember one of the best strikers you’ve ever seen, because the numbers will be absolutely insane.

“But today I was most pleased that he scored two goals, and then played like a real, real team player.

“I’m not surprised by this, but it’s just important because he’s facing these issues too.

“Slow start, things like that, and then it seems that you have to do a hat trick here or something like that.

“But the whole point was to defend first and then get your chances again.

“We were in those moments. I think he had quite a big one [to make a hat-trick], which he does with one touch, if he does two touches, he was completely free, I think he could have completed it there.

“So I am very happy for him, he performed well and showed an outstanding attitude tonight.”

FIFA Ultimate Team: EA Says The Preview Packs Have Been a...