Home Sport Jurgen Klopp admits he “outplayed” the squad: 7 players are most at... 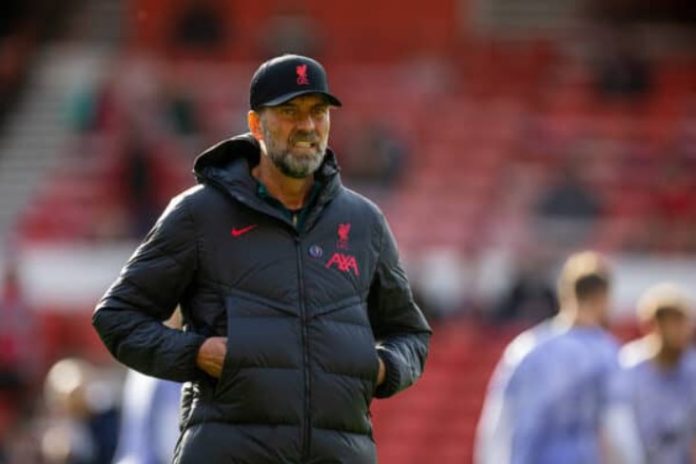 Liverpool’s team selection is now actually dictated by their medical staff, and Jurgen Klopp admits that “some players have overplayed a bit.”

The Reds suffered their second consecutive defeat in the Premier League on Saturday night in the second game in a row against a team in the relegation zone.

A late goal by Crisencio Summerville, which should have been easily dealt with, brought Leeds a 2-1 victory at Anfield, and Liverpool missed several chances to take the lead at 1-1.

It was a tough performance at the end, with skewed shots and an inaccurate last pass, and it’s clear that the team is suffering not only from a ridiculous schedule this season, but also from their almost historic effort last time. .

In a conversation with Sky Sports after the defeat, Klopp admitted that there are players in his team who are now “overplaying”.

?? “You can’t defend like we did with the second goal.”

Jurgen Klopp reacted to the fact that Liverpool suffered a second consecutive defeat in the Premier League. ?? pic.twitter.com/vvvJb42fmU

“Given the number of games we have, maybe some players have overplayed a bit,” he said.

“Harvey, who has played great for us this season, started the game well, but could not continue.

“Tiago was sick last week, but he hasn’t been sick for two or three days, so we think we’ll bring fresh legs, I think it makes sense.

“Now they play on offense all the time, we have three strikers left.”

LIVERPOOL, ENGLAND – SATURDAY, October 29, 2022: Joe Gomez of Liverpool during the English Premier League match between Liverpool and Leeds United at Anfield. (Photo by David Rockliff/Propaganda)
Virgil van Dijk (1620) has played every minute of every game and Mohamed Salah (1504) is just around the corner, while Fabinho (1268) and Trent Alexander-Arnold (1249) have already played almost 14 full games.

There is understandable concern about Harvey Elliott (1050), who has now exceeded the number of minutes compared to the previous campaign, and caution is required with players of his age.

Given that Diogo Hota, Luis Diaz and Artur are out of the game for a long time, and Naby Keita is not expected to return until after the World Cup, it will be difficult for Klopp and his backroom staff to balance among themselves.

But since there are only four games left before the six-week break, including the League Cup match with the third-tier team “Derby”, at this stage it is simply necessary to pass.

Tom Brady has acknowledged a serious problem in his marriage to...