Home Entertainment Jurassic World Evolution 2 Will Modify The Behavior Of Dinosaurs In Each... 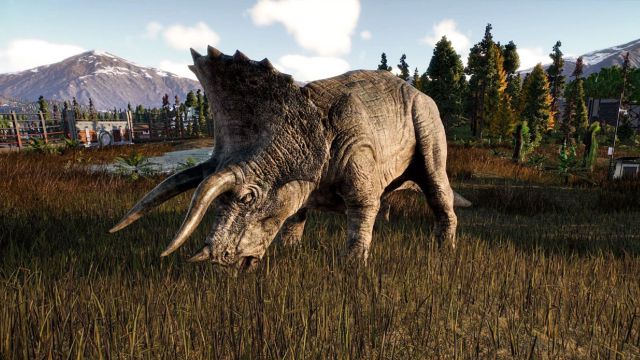 Jurassic World Evolution 2: The new installment of the saga confirms that it will have much larger maps compared to the first video game. Summer Game Fest 2021 kicked off alongside E3 2021, a series of events planned to showcase the future of video games. One of the titles that was announced was Jurassic World Evolution 2, a direct sequel that will invite us to build a space for our dinosaurs. In an interview with Game Informer, director Richard Newbold has not only explained that the maps will be larger than in the previous work, but has also revealed that the territory will affect the behavior of these creatures.

When you place a dinosaur on the ground, it will explore the habitat and look for an area where it is comfortable. “This system is dynamic, it builds as dinosaurs walk.” He uses the example of a triceratops, who realizes that the area in which he lives is decaying, so he looks for a new place. It goes to places that satisfy “its needs”, that is to say, lands where it can find water or a forest, in this specific case.

Welcome to a world evolved!

All this also affects the rest of the species, which react when they interact with each other. “Sometimes the species are complementary and live together in harmony; on other occasions they will have conflicts ”, since disputes may arise over the territory in question. “They will try to build the space taking into account their height. It is a dynamic system that realistically connects dinosaurs ”.

Another aspect that has been improved is the confrontation between different creatures, as Newbold himself explains: “Predators, when looking for prey, will dynamically chase them. There is no stop and start, improvements are made to the fighting system as well. For example, some smaller species will tend to band together to attack larger prey.