Home Entertainment Jurassic World Evolution 2 Is The “Most Authentic” Experience Of The Series,... 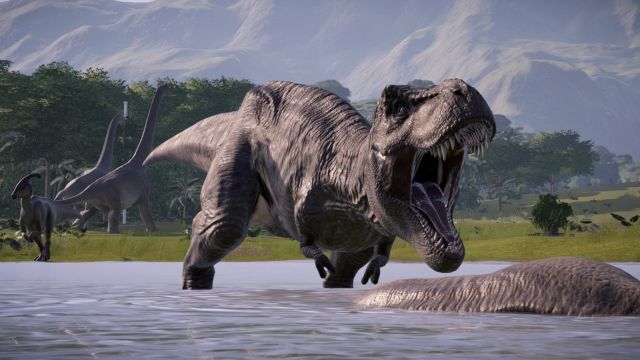 Jurassic World Evolution 2: The study delves into the game through a new development diary, in which they show other news. Setting up a park with creatures that were extinct millions of years ago seems like a captivating idea on paper, but resurrecting dinosaurs through genetic science can lead to problems. As much as you want to contain a Tyrannosaurus Rex in a cage (large, but a cage after all), if it escapes, chaos will reign. In Jurassic World Evolution 2 you must avoid it at all costs, because you will be in charge of building the shelter for these animals. Rich Newbold, director of the title, has stated in a new development diary that this production is the most authentic of the saga so far.

The creative director is joined by Adam Woods, executive producer, lead designer Dan Davies and dialogue James Stan. All of them touch on different aspects of Jurassic World Evolution 2. The developers explain from when and where the narrative of the game has been resumed, although they also discover some of the events that will take place during the adventure.

Fans of the film series will have the opportunity to delve further into their universe thanks to the locations that users can build, while facing numerous dangers and meeting the characters, some of whom have been rescued directly from the films.

One of the differences from the first game is that the maps will be larger. Its director said it in an interview with GameInformer, in which the creative specified that “there is much more space to build”, which means that we will also be able to position a “greater number of dinosaurs”. You have to be careful, yes, when creatures of different species interact with each other, since conflicts could occur.

Jurassic World Evolution 2 will be released on November 9 on PS4, PS5, Xbox One, Xbox Series X, Xbox Series S and PC. Unlike the first installment, which did come out on Nintendo Switch, Frontier Development has not announced an adaptation of the sequel to the Kyoto hybrid, so it is unknown if it will be released in the future or if the console will run out. your share of dinosaurs.

League of Legends: Wild Rift arrives in Brazil on March 29