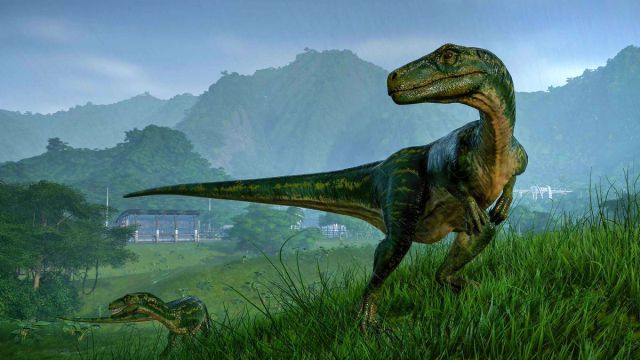 Jurassic World Evolution 2: Frontier Developments announces the sequel to the title based on the Universal Pictures film series. Let’s get to know the first details. Frontier Developments has unveiled Jurassic World Evolution 2, the sequel to the celebrated Jurassic Park simulation installment based on the Universal Pictures film saga. Created in collaboration with Universal Games and Digital Platforms, this second part of the series will maintain its playable and conceptual foundations, a dinosaur park simulator, with many new features and improvements that seek to make this title a worthy successor to the celebrated original title.

Jurassic World Evolution 2 is coming to Xbox, PlayStation and PC in late 2021
We all know the premise: the role of managers in the creation of a Jurassic World park. What changes is that this time we will be able to build parks beyond the confines of the Archipelago of Deaths. Each incorporated location will bring with it a new scenario and new challenges for us to use all possible control tools; among other creative options.

Jurassic World Evolution 2 will feature new ecosystems and landscapes, including forests, deserts and more than 75 prehistoric species of dinosaurs; among them, new marine reptiles highly coveted on the market and other flying beings. Animations and realism of the models are also improved, with new behaviors, interactions and reactions; artificial intelligence has improved, Frontier Developments says.

The game will have four modes. At the plot level, it is exactly after the events that occurred after Jurassic World: Fallen Kingdom. Campaign mode will allow us to immerse ourselves in an original Jurassic World story as we lead our park, preserve it, and contain the dinosaurs alongside a cast of recognizable characters from the movies, including Dr. Ian Malcolm (voiced by Jeff Goldblum) and Claire. Dearing (voiced by Bryce Dallas Howard).

On the other hand, the Sandbox mode stands out, with all the elements and tools necessary to create an ideal park, which will be one of the options added by the hand of Chaos Theory mode, a reimagined version of the most decisive episodes of the film saga . Finally, a Challenge mode with a multitude of challenges.

Jurassic World Evolution 2 will be released in late 2021 on PC, PlayStation 5, Xbox Series X | S, PlayStation 4, and Xbox One.

Westworld: 9 Best Fan Theories about Kristina, according to Reddit