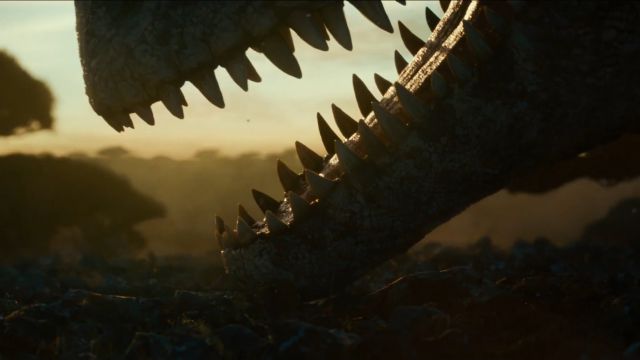 Next summer, dinosaurs rule the earth. Get a sneak peek this Friday, only on IMAX screenings of #F9. pic.twitter.com/cMq6tu7z7R

Jurassic World: Dominion, with a firm step to theaters

The teaser anticipates the first major trailer for Jurassic World: Dominion, although it is expected that it can only be seen through cinemas. Those who attend Fast & Furious 9 on Imax screens will be able to see an extended video, although it has not transpired if this promotion will also be extended in Spanish territory. We can extract little in particular, except for some moments of movement in real time of the dinosaurs in the film. To be able to see the full footage we will have to wait until some point in the summer of 2020.

About Dominion, little data is known so far. We know that the cast will be led by Chris Pratt and Laura Dern, who will be joined by faces such as Sam Neill, Bryce Dallas Howard and Mamoudou Athie. We cannot forget the great Jeff Goldblum, who will not miss his appointment with the saga.

The direction follows a similar line. Colin Trevorrow will reappear on the scene after doing the same in the first installment of this reboot. The American filmmaker will return to work with photography by John Schwartzman and music by Michael Giacchino, among others.

These first brushstrokes to Dominion coincide a few weeks after having known the next step of the license in the world of video games. Frontier Developments will spearhead the development of Jurassic World Evolution 2, the adventure that puts us at the controls of our own Jurassic park. Find out the details of the announcement here.

A New Method of Growing 2D Materials Paves The Way For...