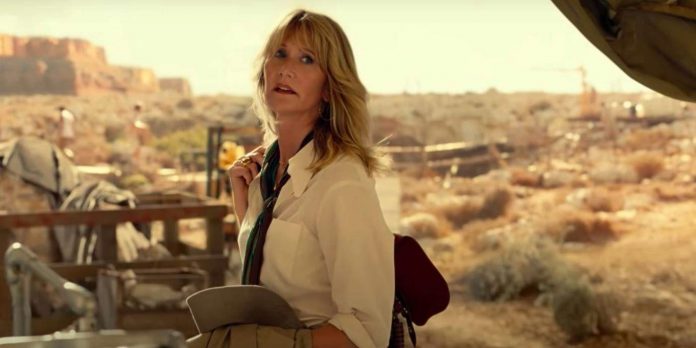 In the clip (on YouTube), Grant asks Sattler about her family life, and Sattler confirms that her children are in college. Grant also asks Sattler about her marriage to husband Mark, and Sattler declares that “it’s over.” Although a seemingly minor detail in the grand scheme of Dominion history, Mark’s explicit name is a reference to Sattler’s husband in Jurassic Park III, where he was played by Taylor Nichols.

On the eve of the release of Jurassic World in 2015, the film was positioned as based mainly on the first “Jurassic Park” based on the novel by Michael Crichton. Director Colin Trevorrow pointed out in an interview (via Yahoo! Entertainment) that “The Lost World” and “Jurassic Park III” were not reviewed directly, but as Yahoo! Entertainment described it as “laid aside.” While this may have been the case when Jurassic World gently rebooted the Jurassic Park franchise and brought it back to the box office, Jurassic Dominion seems to be making an effort to build bridges between the entire series ahead of its June release.

Since Jurassic World Dominion clearly states that “The Lost World” and “Jurassic Park III” occurred within its timeline of events, this opens up a lot of possibilities for what might be in store. The return of Grant, Sattler and Malcolm along with Lewis Dodgson (with Campbell Scott taking over the role) already shows that “Jurassic World 3” is a great continuation of the legacy. This opens up the possibility of other unexpected episodes, such as Dr. Sarah Harding played by Julianne Moore from “The Lost World” and the Kirby family from “Jurassic Park III”. This also means that the main events from the two films, such as the Tyrannosaurus rampage through the streets of San Diego in “The Lost World”, can also play a role in the Dominion.