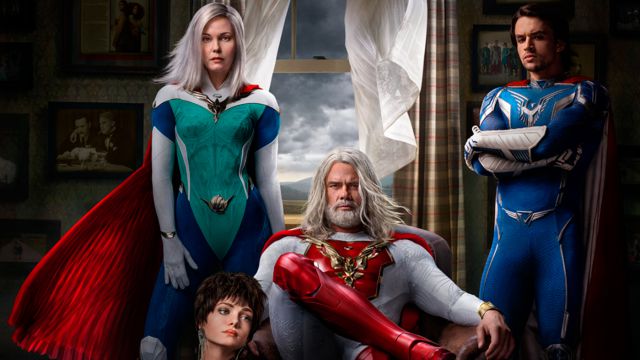 Netflix has shared the first and spectacular trailer for Jupiter’s Legacy, the new superhero series based on the comic of the same name by Mark Millar and Frank Quietly and which aims to become the benchmark television adaptation in the superhero genre after the great success of The Boys on Amazon Prime Video. So much so, that we can already enjoy both its first trailer and poster and its official synopsis.

Premiere on Netflix on May 7

Thus, Jupiter’s Legacy tells the story of a group of superheroes called Union formed in the 1930s that has been defending humanity from all kinds of threats for almost a century; Although this group does not renounce its more human side, in addition to showing the conflicts with their children after passing the witness to them.

The main cast consists of Josh Duhamel as Utopian, Ben Daniels as Brain-Wave, Leslie Bibb as Lady Liberty, Elena Kampouris as Chloe Sampson, Andrew Horton as Brandon Sampson, Mike Wade as The Flare, Anna Akana as Raikou and Matt Lanter as Skyfox. Jupiter’s Legacy is scheduled to premiere on Netflix on May 7; We leave you with its official synopsis:

“After nearly a century keeping humanity safe, the world’s first generation of superheroes must trust their children to carry on the legacy. But tensions rise as young superheroes, hungry to prove themselves, struggle to live up to their parents’ legendary public reputations and exacting personal standards. Based on the graphic novels of Mark Millar and Frank Quitely, Jupiter’s Legacy is an epic superhero drama that spans decades and navigates the complex dynamics of family, power and loyalty. “

The Last Of Us Part 2: PS5 DualSense Improvements In The...