Home Entertainment Jupiter can devour other planets, that’s why it’s so big 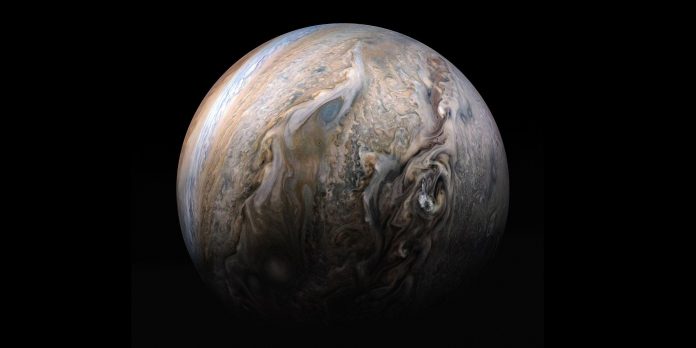 A wild new study claims that Jupiter may have swallowed up nearby planets to become the space giant it is today. Now Jupiter is not the only body known to have participated in some kind of cosmic cannibalism. A study published earlier this year details a phenomenon called “stellar vampirism,” in which a larger star sucks the atmosphere out of a neighboring star in a system named HR 6819. Several such stars, also known as “blue stragglers”, exist in the heart of the galaxy. The Milky Way galaxy too. It is also known that galaxies fall into vampirism when they cannot find enough hydrogen to support star formation in their own cradle.

But planets like Jupiter are a completely different beast. Until now, it was believed that the mass of Jupiter mainly comes from the outer pebbles forming its solid core. However, a key limitation of this theory is that as soon as the planet’s outer gas envelope becomes sufficiently dense, it will create a pressure barrier that will not allow more pebbles to accumulate on the solid surface of the planet. And so the planet had to be much smaller in size. However, the concentration of heavy metals found in such solids, which serve as raw materials for the formation of planets, is much higher on the rocky core of Jupiter, which casts doubt on the theory of the formation of pebbles.

In a new study, scientists studied the distribution of heavy elements on Jupiter and found that its chemical composition is heterogeneous. In fact, the inner shell has a higher percentage of heavy elements compared to the outer layer, which suggests that somehow the inner layer continued to accumulate heavy elements, since the planet was still in the early stages of its formation. An article published in Astronomy & Astrophysics notes that planetesimals — tiny planet—like bodies that can reach several miles in size – played a key role in the formation of the inner parts of Jupiter. Existing theories claim that Jupiter grew due to the coalescence of small pebbles, and soon it became so large that it began to pull gas from its surroundings, forming its windy atmosphere. However, the latest study claims that not only tiny space rocks played a role in the formation of the gas giant.

“We know that as soon as a small planet gets big enough, it starts throwing out pebbles. The wealth of metals inside Jupiter that we see now was impossible to achieve before. Thus, we can exclude the scenario when only pebbles were solid bodies during the formation of Jupiter. Planetesimals are too big to be blocked, so they must have played a role,” said study leader Yamila Miguel. Because Jupiter’s dense clouds obscure the view of the planet’s solid surface, the team relied on gravitational data collected by the Juno probe and found an unusually high concentration of metals heavier than hydrogen and helium.

Somewhere from 3 to 9 percent of Jupiter’s mass, which is almost 11 to 30 Earth masses, consists of these heavy elements, which is much more than previously expected. The pebble accretion model for the formation of Jupiter cannot give such a high concentration of heavy elements. Thanks to computer simulations, the team found that the gravitational pull around the planetesimals, which are much larger than the space pebbles mentioned above, would allow them to break through the protective shield created by the gas shell, which would allow Jupiter to increase in mass and size. at the same time creating its own gas atmosphere.

Chicago P.D. Season 9: Stars of Burgess and Ruzek talk about...