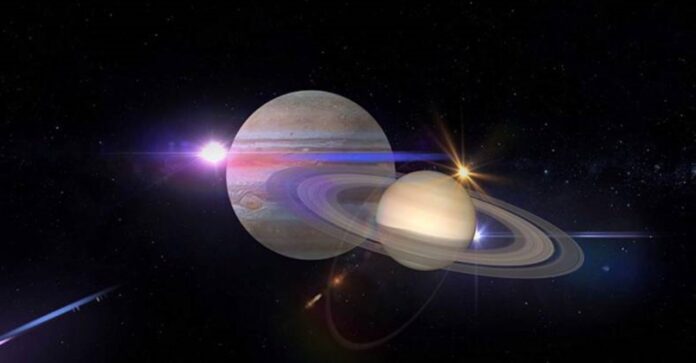 Google, which has become a habit of presenting special days as a doodle, has not forgotten the conjunction of Jupiter and Saturn. A new visual feast will take place tonight after 800 years.

On the night of December 21, Jupiter and Saturn will be very close to each other. Google, which did not skip this important day, prepared a special doodle for its users. Director of the Astronomy Application and Research Center (GÖKMER) Prof. Dr. Orhan Gölbaşı said that on the night of Monday, December 21, 2020, Jupiter and Saturn will come to a very close position and offer a visual feast in the sky.

Stating that Jupiter and Saturn, the two largest planets of the Solar System, will be very close to each other on the night of December 21, 2020, which is the date of the Winter Solstice, and will be located only 0.1 degrees from each other. Dr. Gölbaşı said, “These convergences are not always equal. A similar rapprochement took place in 1623. The closest conjunction of the two planets took place around 800 years ago, in 1226. “The next meeting will take place on March 15, 2080,” he said.