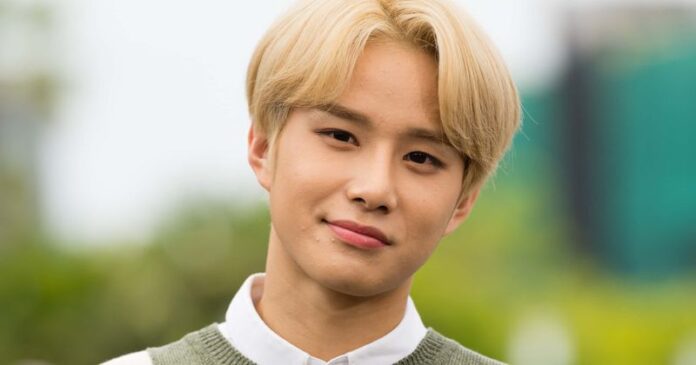 Kim Woojin, a former member of the boy band Stray Kids, was said to be a sexual harasser with the initials Woo who was stirring K-Pop fans. It is known, this originated from the recognition of one of the account owners on Twitter who had received immoral acts from a Kpop idol who came from the big 3 South Korean agency (Big 3).

Along with the news, Woojin appeared and posted clarifications on his personal Instagram and Twitter accounts that denied any allegations calling him sexual harassment. She and her new agency don’t even hesitate to take legal action against those who spread rumors and gossip.

After Woojin, the name Jungwoo NCT has now been linked in this sexual harassment case. That’s because, Jungwoo is an idol who also has the name Woo and comes from the agency Big 3. But after this accusation surfaced, many fans threw out their anger and defended Jungwoo NCT. Here’s the explanation.

Not a few K-Pop fans have directed allegations of sexual harassment to Woojin, the former Stray Kids. Woojin himself officially left Stray Kids and JYP Entertainment on October 28, 2019. At that time, the agency only mentioned that the idol decided to leave the group for personal reasons.

But not long ago, Woojin, who knew his name was being mentioned, appeared and provided clarification via posts on his social media. But after releasing his statement, a number of netizens actually showed counter attitudes towards Woojin.

The reason is, this 1997-born idol is actually promoting his solo activities with his new agency in the midst of a statement of denial of the allegation of harassment. Even so, not a few fans gave him a defense saying the accusation was baseless because there was no evidence.

But not only Woojin, now Jungwoo’s name also occupies Twitter trending. This NCT 127 member was also accused of this immoral act. This is because Jungwoo also has the name Woo in his identity. Not only that, this 1998-born idol also comes from South Korea’s big 3 agency, SM Entertainment.

Knowing this, many fans left strong reactions and defended Jungwoo. They judge, Jungwoo NCT’s person is very innocent and it is impossible to do this. The accusations against Jungwoo were also considered an attempt to bring down NCT.

But this accusation also seemed not to point to Jungwoo because netizens with the @ a1b3c4s9 account who first shared the story of the harassment indicated that the idol he was referring to had left his group and is currently not residing in any agency. Meanwhile Jungwoo is currently still active as a member of NCT in two sub units at once, namely NCT ​​U and NCT 127.

“I just want to say believe the victim first. Until Woojin has proof that he didn’t because he clearly said that he didn’t go to the bar that the op mentioned but the op never mentioned what bar. And stopped attacking and accusing Jungwoo because he had nothing to do with it. with this. #woojin, “said a netizen in English.

“Jungwoo is an innocent good boy, there’s no way he is. I will support Woojin and Jungwoo because there is no certainty. I trust them. We love you Jungwoo and Woojin,” said another netizen.

“The rumors circulating are not true, and have been clarified by Woojin himself, and Jungwoo is not concerned. Maybe that person’s motive was to bring down NCT and Woojin. So if there are rumors circulating, we shouldn’t digest all of them right away, guys, “said another netizen.

Until now, it is not certain that the idol named Woo was accused of this sexual harassment act. The Twitter account belonging to netizens @ a1b3c4s9 has now also disappeared. He had created a new account with the username @ b5gd537t, but now it’s inaccessible. Even so, we still encourage Woojin, former Stray Kids and Jungwoo NCT, guys!

CHEN IS ATTACKED AFTER EXO CONTRACT TERM WITH NATURE REPUBLIC