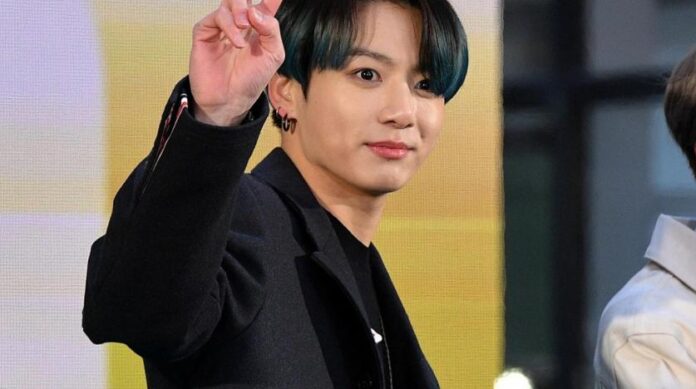 BTS is all set to unveil their upcoming Japanese album Map Of The Soul: 7 ~ The Journey~. However, before the big reveal, BTS had already dropped their track, “Stay Gold,” and its illumining music video as well.

And now, the septet has delighted fans with a surprising announcement! It was disclosed on the group’s official SNS that one of the tracks from the upcoming album is part of the OST of a Japanese film.

The song is none other than the golden maknae Jungkook’s solo track titled, “Your eyes tell”. Not only has Jungkook sung the track, he has composed it as well.

The movie which is also titled Your Eyes Tell, stars Yokohama Ryusei and Yoshitaka Yuriko in lead roles. The film is the remake of a popular 2011 Korean film starring actors So Ji Sub and Han Hyo Joo titled Always.

The trailer for the upcoming film Your Eyes Tell was released on July 8 as well. Midway through it, a snippet of Jungkook’s mellifluous voice singing a snippet of the song was the trailer’s major highlight.

In a statement released to Billboard Japan, BTS said, “Your Eyes Tell,” is the theme song of the movie Kimi No Me Ga Toikakete Iru (literal translation: Your Eyes Tell). We are very happy to be able to participate in such a wonderful movie. This is a ballad song that member Jungkook participated in the composition.”

They added, “The song is an expression of the beautiful and deep world of love in the movie. We would like everyone to listen to the lyrics that contain the message, “beautiful melody” and “I believe there is light in the future that your eyes are seeing, even in difficult situations”. If you listen to our song “Your Eyes Tell” and watch the movie, everyone will be able to feel the feeling we have in the song. Please look forward to it!”

Map of the Soul: 7 ~ The Journey ~ will be releasing on July 15. Its namesake movie Your Eyes Tell will premiere on October 23.